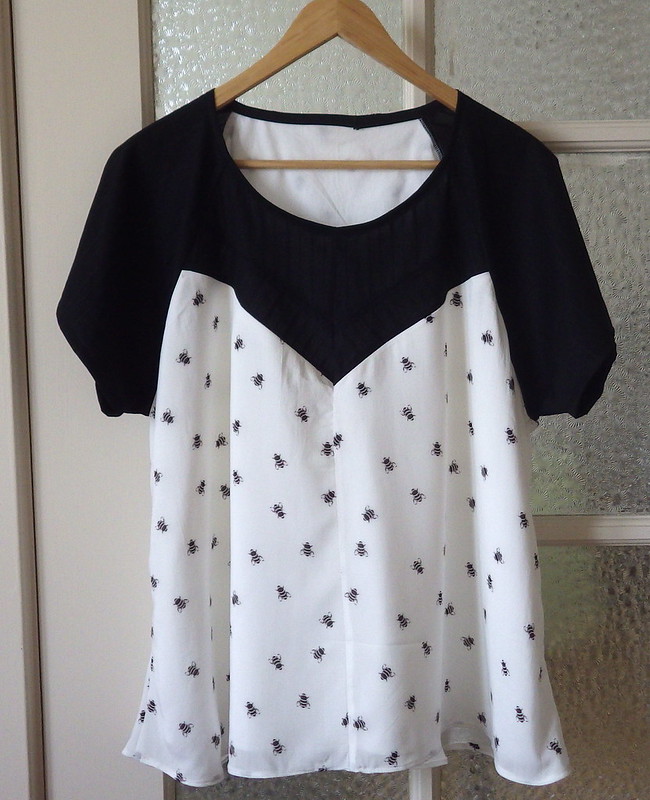 This is the Clover by Papercut Patterns. I was so charmed by the details, and hopeful because of Papercut's generous amount of ease, that this pattern jumped my sewing queue and got made as soon as I could possibly put it together. Sewing it up was super simple and fun. I definitely learned a bit, which I will outline a little later, but first let's address a few issues here: 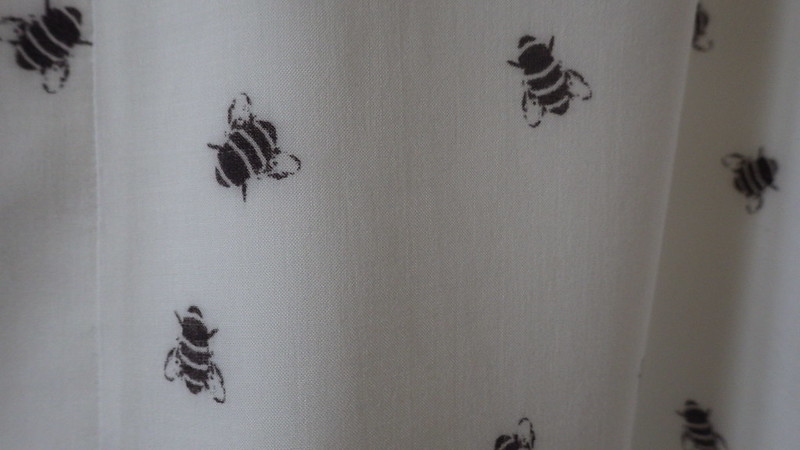 These are bees, not flies swarming around my torso. Even if they were flies they would be cute, though, right? Am I the only person who thinks illustrated flies might be cute? Probably. Okay, moving on. 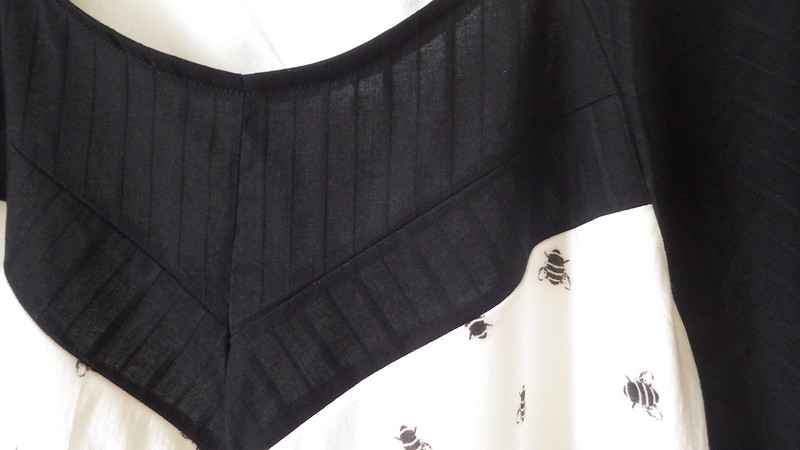 I was excited by the opportunity to try switching around the solids and patterned pieces ( I want to say color blocking, but does that term only apply to solid pieces?), but I made a fatal error in planning out the solid black and the bees: In keeping the raglan sleeves, bust insert, and top of shirt black, I made a giant, white, dual-mountain-peak shape that only served to MAXIMIZE the width of the one section of my body that I would like not to maximize - i.e. my sizable bosom. 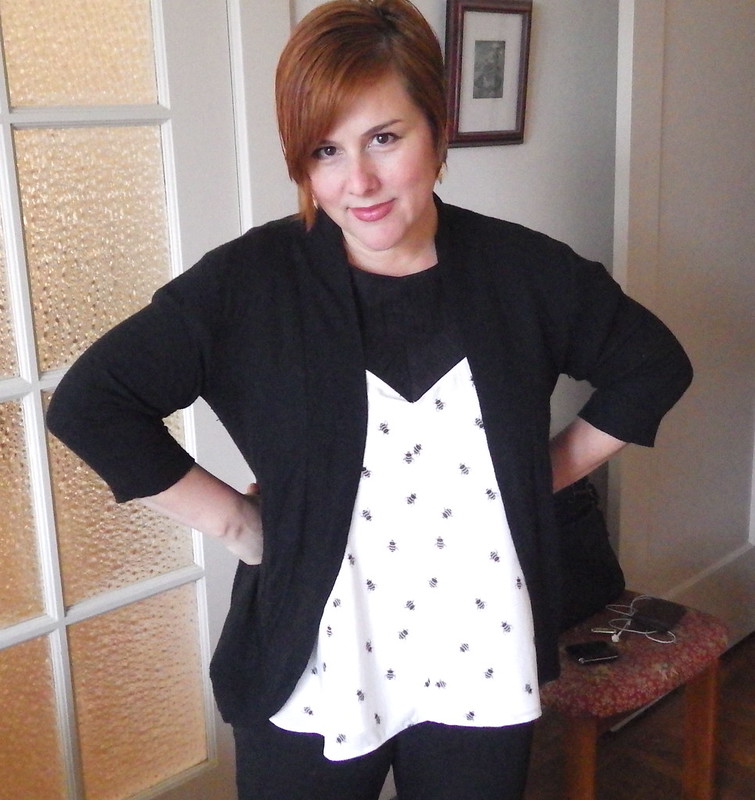 As a result, this is really only wearable with a cardigan. So I guess it's a fail, but since I wear cardigans with most of my tops I should still get a lot of wear out of it. And on the bright side, it was very easy to sew and fit, so it'll be easy for me to quickly make another one. 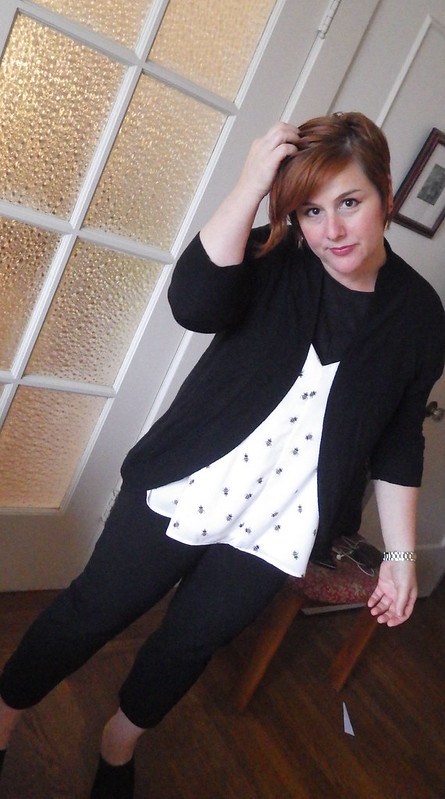 Note to self: Don't ask Beej to take pictures of me in the morning before leaving for work. WTF?
Until next time. Thanks for reading!
Posted by donna at 7:57 PM