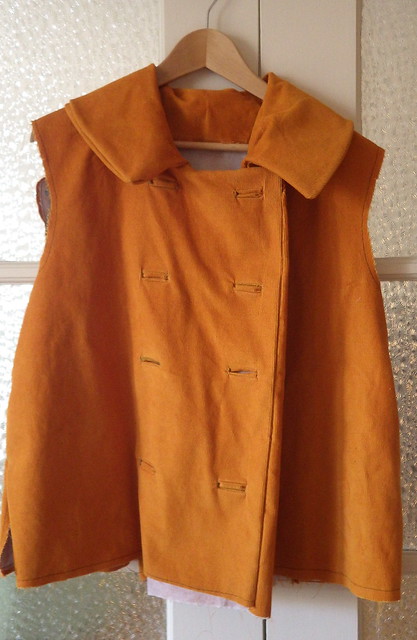 Hello! Hope you're having a lovely weekend. As you can see from the above pic I'm still working on my Colette Anise jacket. I'm actually really enjoying the slower process of building something a bit more substantial.  And I love that I'm learning welt pockets and bound buttonholes. When I got to the part shown above - still in the ugly stage but finally starting to look like a jacket - I decided that I'd really should have gone for a single breasted look. So I started another jacket... 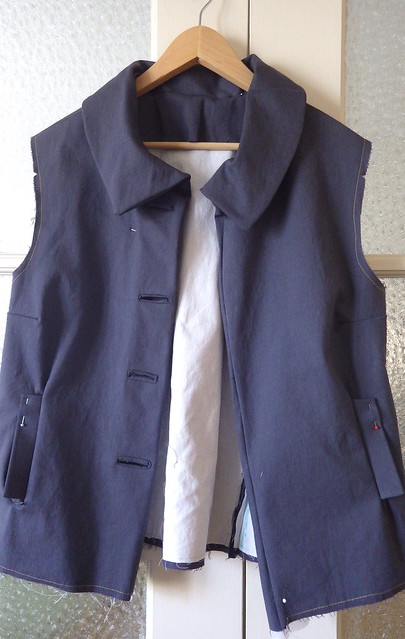 Now I have two jackets in the ugly stage.

But it's  good because the second one will get more wear since it's a charcoal/grayish color. It looks a bit like navy in this picture, but it's actually an odd shade of dark gray with a slightly purplish tinge. It kind of reminds me of a faded black marker - a bit dull but maybe a good neutral for daily wear, and the lining (not shown) is a lovely shade of pink, so that will be fun. It's an inexpensive, bottom-weight, cotton with some lycra, that I had originally bought to practice making pants.

I'm still going to finish the corduroy jacket. There's no reason not to since I already cut the fabric. I just think I'll get more wear out of the second version. I thought it would be helpful to work on the second jacket at the same time while the construction is still fresh in my mind. I added the sleeves tonight and am happy to report that it went well and only a few curse words were uttered. (You know how some people name their sewing machines? Well, apparently mine is called "You Little Bitch.") I freakin' hate sleeves. I'm beginning to understand the logic behind the easing/sleeve cap part, but the whole process is just so messy with all the basting threads and then trying to sew the seam without getting any unwanted folds caught in the seamline. One thing that I will always do from now on is change the thread color for basting. It only takes a couple of seconds, and it just makes everything so much easier later. I even switched out the bobbin for the middle baste, when easing the sleeve, and that really helped. 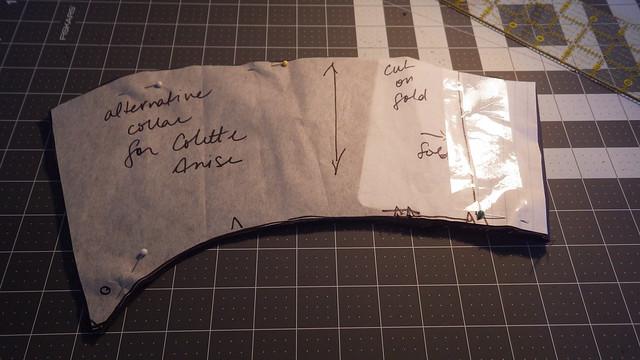 As mentioned in my previous jacket post, I decided to play around a bit with the collar shape to get something a bit more angular. I like it better than the oversized, rounded peter pan of the original design. The collar for the corduroy version is much larger, which seems appropriate with the double breasted bodice, but I think I prefer the smaller version. This is going to sound crazy, but I kind of want to start another one. I'd love to make one with a more luxe fabric (maybe a boucle or gabardine) and a contrasting collar (maybe velvet) for special occasions.

So many things to make but not nearly enough time.

Just a quick post to log my current progress. Thanks for checking in! Have a lovely week.