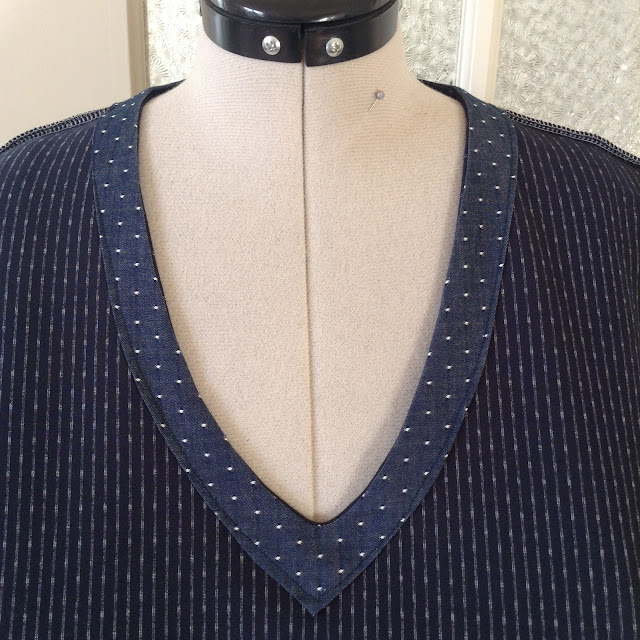 Hello sewing friends! I hope that wherever you are, you're enjoying yourself on this lovely day in May. I'm enjoying and honoring the weekend by ignoring my to-do list and letting myself be lazy on a Saturday AND Sunday. Yay me.

First off, I would like to note that this is the first time I've ever used a "guts" pic as the lead picture for a post. Mostly because I'm not careful enough in my sewing to have tidy guts, but, damn, isn't it so satisfying to have pretty insides?

Here's the right side on Ava. The fabric is not exactly a polka dot—more like two teeny tiny horizontal lines that form a tiny square, but it looks like dots from a distance. I'm sure I was drawn to it because I love dark blue.  So much so that it's all I ever want to wear these days. 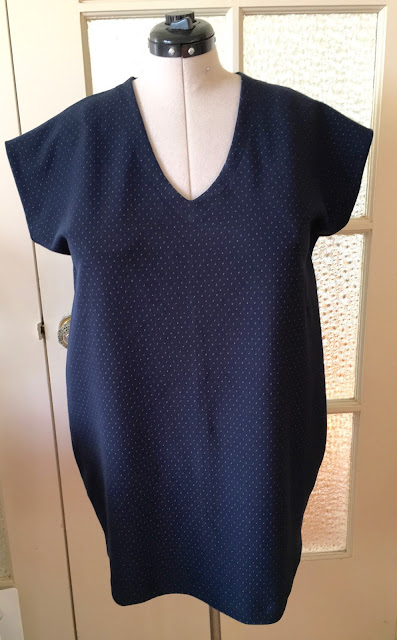 I suspect many of you can tell that this is the Lodo dress, which I always want to call "Lodi" for some reason, by True Bias. If you've read my blog before it's not a surprise since I'm always using her patterns. Which brings me to the title of my post. I'm referring to Ina Garten, a.k.a. the Barefoot Contessa, because while I was making this dress I kept thinking about how Kelli and Ina are so alike. Besides the fact that they're both good looking ladies, they also both specialize in a kind of easy style based in simplicity to achieve consistently polished results. Sidenote: Beej and I love cooking Ina's recipes. We even have a running joke that we're just like Ina and Jeffrey, except without all the money.

The pattern itself is the easiest thing in the world to make Just four large pieces, which could even be honed down to three pieces if you chose to cut the back on the fold.  I'm sure there are hundreds of similar patterns, but since I like other TB patterns so much, it was an easy choice to hit that purchase button. What I love most about this particular pattern is the elegant shape of the v-neck and the fact that it's designed for ponte. A ponte cocoon/shift dress means that if you're like me and sit at a desk all day, you will not be wearing a wrinkled dress by the end of it. At least, not nearly as bad as wearing a woven shift all day. To paraphrase Ina, "How bad is that?" 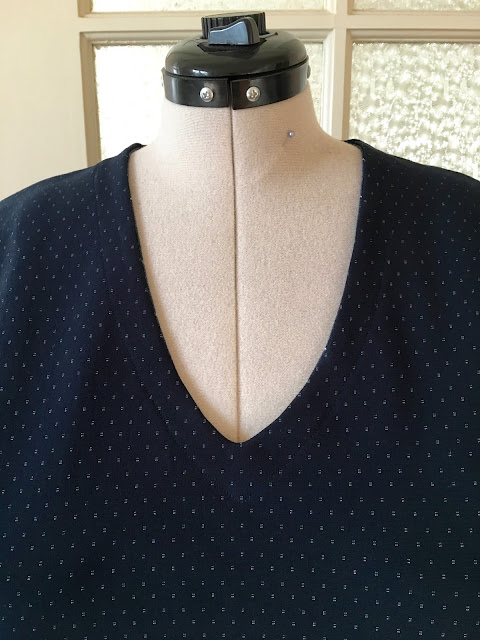 I also love how the woven facing keeps the neckline nice and crisp. No dealing with sloppy looking bands, here.

So before I forget, here are some deets and more musings:
So that's all I have for the Lodo dress. Because I've been thinking a lot lately about how important it is to be brave, I'm posting a pic of me wearing my new dress.  It's just a rushed phone pic on my way to work that doesn't give you a very good idea of the dress, but it's a step for me. Please excuse the hair. Thanks for reading and have a fabulous week! 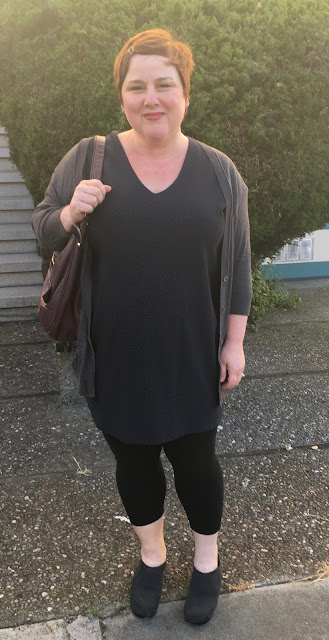