Fabric Shopping in Paris and the Seamwork Bo 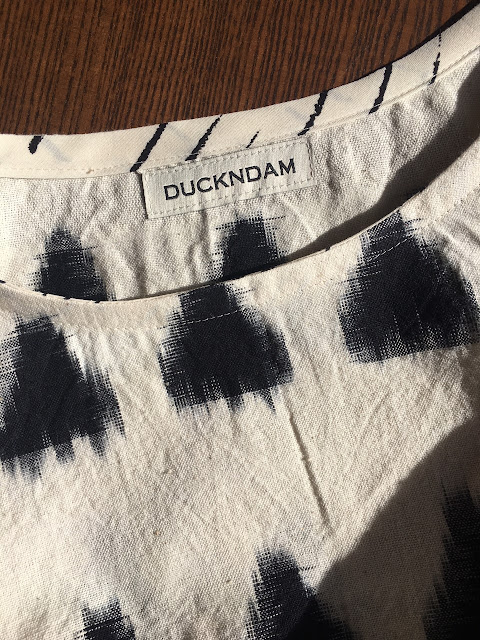 Hello! Hope you're having a fab weekend. Now that vacation's over it's back to life, back to reality, back to sewing. I still keep thinking about our wonderful trip and am trying to maintain some of that relaxed European vibe, though. Easier said than done, but hey we've all gotta figure out ways to unwind.

I knew I wanted to do a little fabric shopping in Paris and referred to Christine Haynes's article in Seamwork. It was good to get a bit of info about the coupons because, much to my embarrassment and shame, I don't speak any French and am too shy to even try. All I could say was "Bonjour" and "Merci," so I said those words a lot.

First stop was Anna Ka Bazaar, which is a very pretty shop and not the one pictured below. (I took that picture surreptitiously in Montmartre a few days later because the mini-mannequins were sort of interesting to me.) I was only planning to visit Anna Ka Bazaar and not do any other fabric shopping, so I splashed out and bought the 2 meters each of the black and white ikats and 1.5 meters each of the Atelier Brunette fabrics. I guess I spent a lot of money because they gave me the Atelier Brunette tote, which totally made my day. It has the perfect drop length. 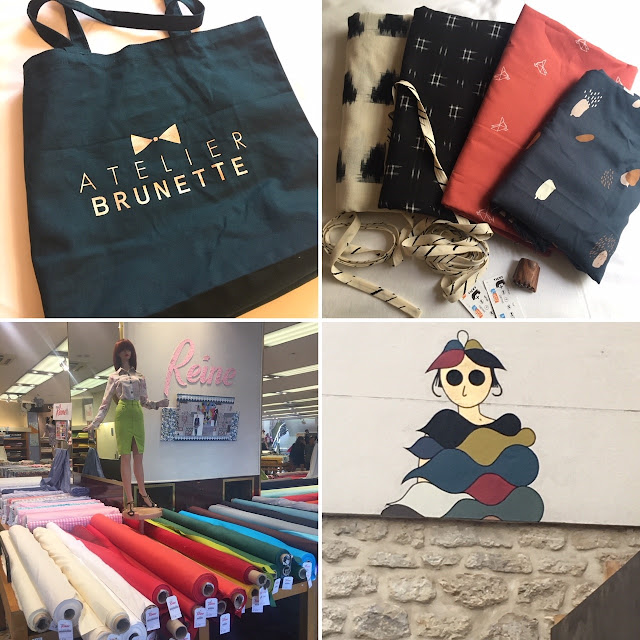 Here's a close-up of the fabric I bought. 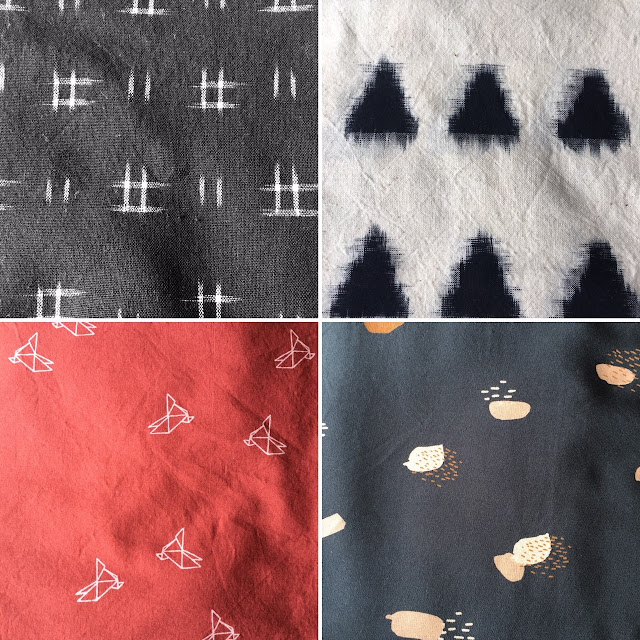 A few days later we were in Montmartre to see Sacre Coeur. I knew that there was a garment district with fabrics shops in the area, but I didn't know they would be right down the hill from the basilica. It was such an awesome surprise to happen upon all the shops I'd read about! I was too shy and not wanting to look like a gaping tourist, so, regretfully, I didn't take any pictures of the shops. Beej took this picture, which includes Dreyfuss on the left. There were tons of shops, some specifically for men's clothing, lots of wools, and some mystery fabrics. I could have spent hours there but since I'd purchased four pieces at Anna Ka Bazaar, I didn't want to buy too much. I ended up buying three meters of a brown linen that's going to become a shirt for Beej at some point. 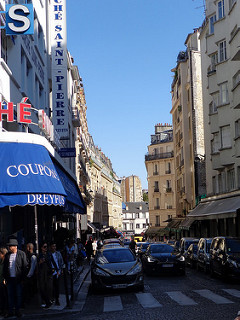 Not one to let fabric languish in my stash, I've already sewn up two Seamwork Bo tops with the ikats. Seamwork rolled out the Bo while we were on vacation, and it's just the kind of top I wanted to make all summer to wear with cropped pants. So I was all over it when I got back home to my sewing machine. The pattern could not be more simple--just a couple of rectangles with cuffs--but I think there's something kind of modern about it and I like the proportions. Is it flattering? (Such a loaded term, isn't it?) Probably not. There's probably some "What Not to Wear Rule" about how short, busty ladies shouldn't have extra fabric bunched around their widest parts, but I've never been a big rule follower. I like to go by how a garment makes me feel when I wear it, and this makes me feel great. 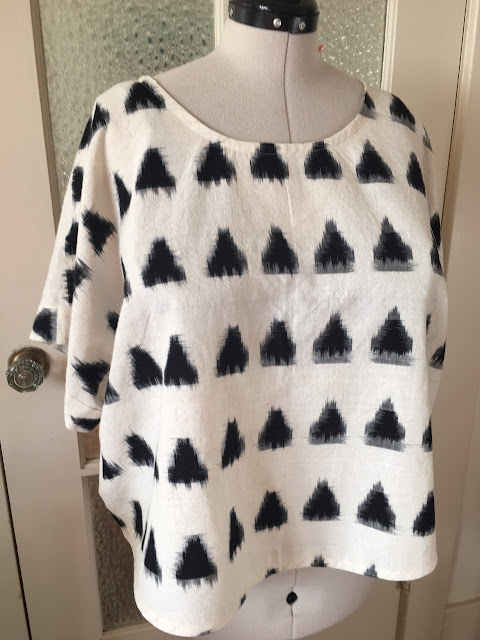 Just a few notes in case I make this again: 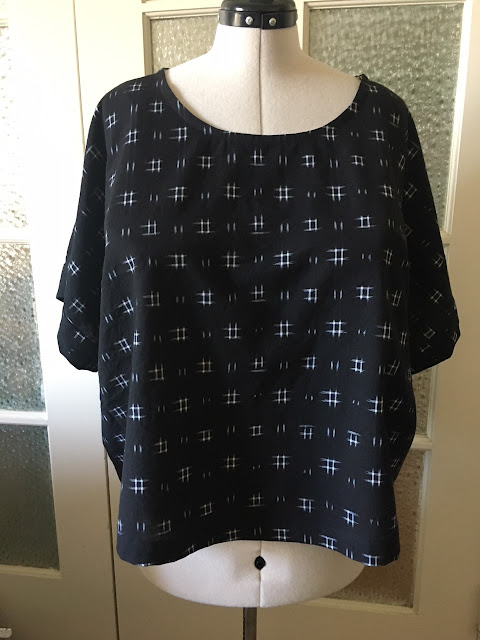 Back to reality, back to toilet selfies... 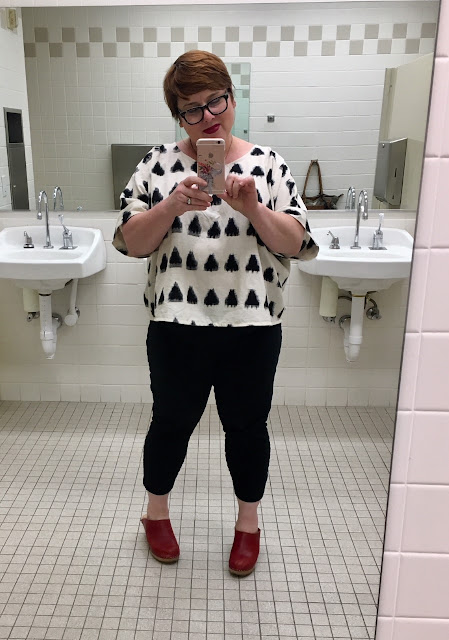 So that turned into an epic post. Thanks for reading if you made it this far and have an awesome week.