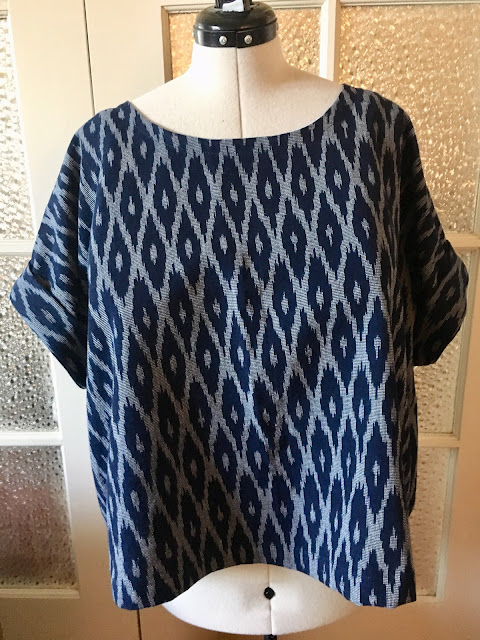 Beej cautioned me against this post title because he said it might create expectations from the reader for a punch line or joke. I assured him that nobody has any expectations about anything when it comes to my blog, least of all me. Then he made a joke about 3 "bows" not being able to pay their tab because "their funds were all tied up." I know. It's a cringe-inducing dad joke, but nonetheless I was pretty impressed that he wrote a joke on the fly like that. What a cutie.

I've blogged about the Seamwork Bo before, but it was combined with my Paris fabric shopping post and since I've made three more since which makes for a total of five tops with the same pattern, I thought it deserved its own post.

Before I go any further...Happy New Year! Right now I am exactly where I want to be, curled up on the couch in my sweats and slippers with my laptop, book, sketchbook, and a nice assortment of snacks as I write this post. It's much-need self-care and a temporary reprieve from the feelings of anger and frustration now that Beej is furloughed (without back pay since he's a contractor) due to the government shutdown. I like to keep this space relatively free of politics (We are all united in our love for fabric, right?), but I will just say this: These shutdowns always hurt those most vulnerable. The people who cause these shutdowns should be the ones to go without pay.

Okay, now for an abrupt change in tone...

In my previous Bo post, I mentioned that I think the Bo, while super simple, has a modern quality to it that I've been drawn to for a while, In fact, while thinking about my top five/bottom five, which I plan to post in the next week or so, I came across this inspiration board. Check out the top row. 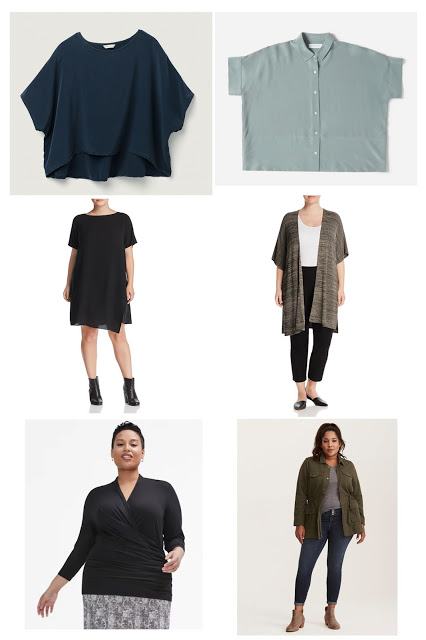 I think Bo looks good in modern fabrics, like geometric or ikat, linen, silk, and fabrics with a luxe hand like viscose.

For my third Bo in an ikat fabric, I delved into my stash and rediscovered this gorgeous loomed (as opposed to printed) ikat from Blackbird Fabrics. I don't remember when I purchased it, but I do know it's made in India and is 45" wide. It's just the teensiest bit stiff for this pattern, but I hope it will soften up over time. 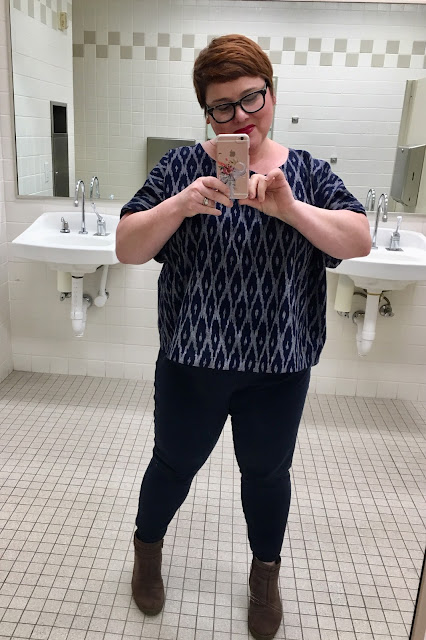 Here's a pic that shows the full "wingspan." 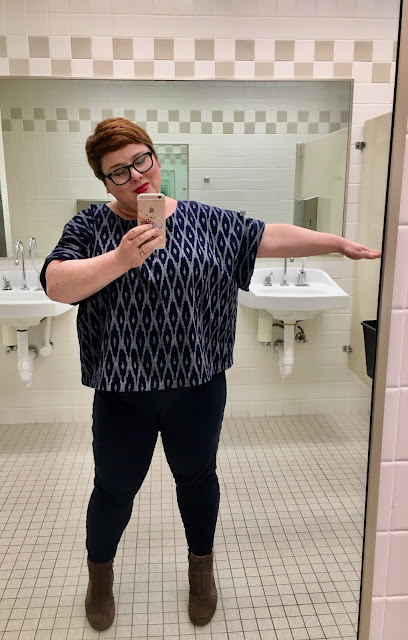 Some deets:
Next up, I have a sequined number for New Year's Eve. I wore it with my "dressy" jeans--i.e., dark wash--and my crazy-high Rachel Comey platforms. I don't have a pic modeling it because I was too busy having fun and living my life. There might be some video out in the world of me practicing my "sprinkler" dance move and jazz hands, but I'm not posting that here. 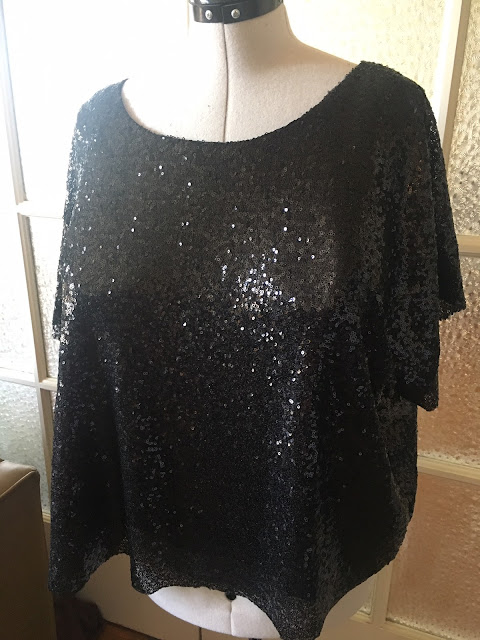 I also like that the Bo is a blank canvas. For my final version, I tried color blocking with scraps. This isn't my most successful, and I won't be wearing it without additional modifications which I'll get to in a bit. But I probably had the most fun working on this and will definitely be trying it again. 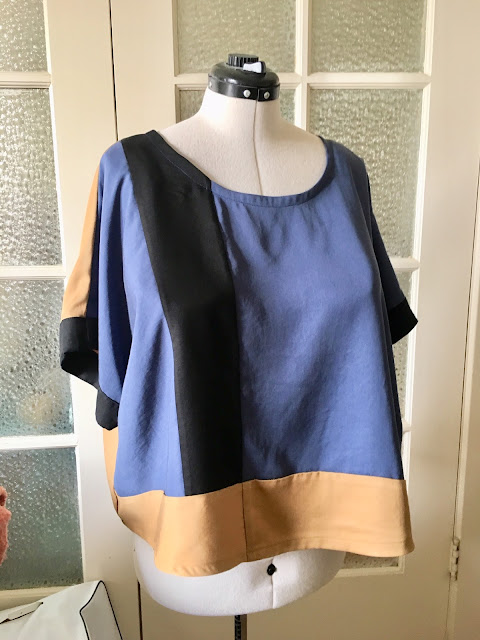 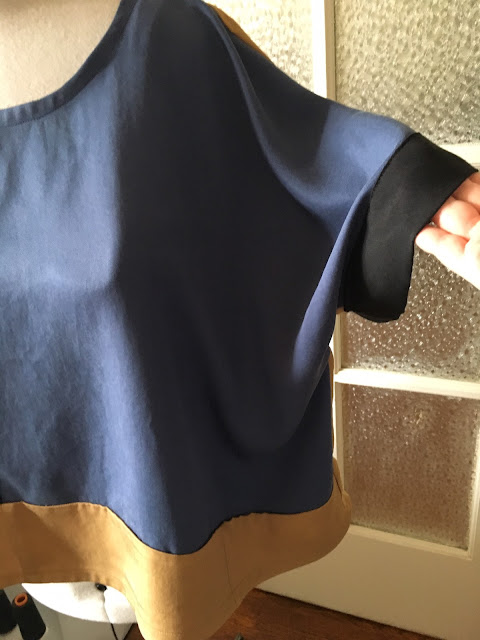 I used some scrap Tencel from Blackbird fabrics, figuring that the similar substrates would play well together. Also, Carolyn of Blackbird has a really lovely color sense, which makes her fabrics look so nice together. Here's where I went wrong:
I think this will end up in the Goodwill bag and I'll try again later. I did end up having fun sketching out color blocks in my journal. 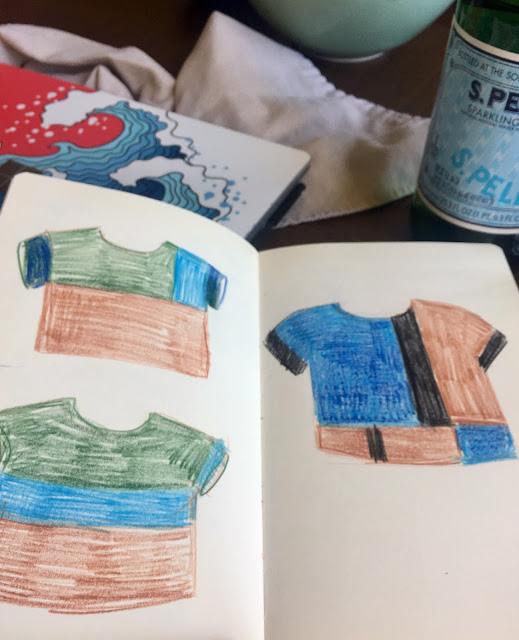 Well, that's all I've got. I'll be posting my top five in the next week or so. Thanks for reading, stay creative, and have a very Happy New Year!!!