A Very Belated Top/Bottom Five for 2018 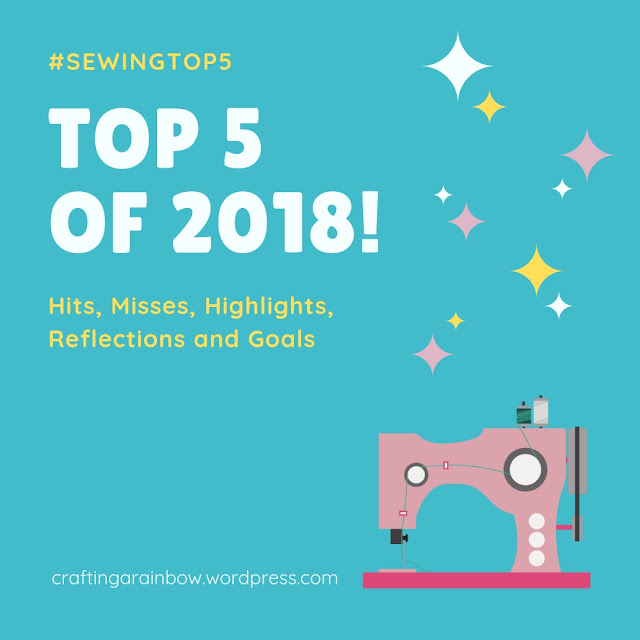 Hello! Even though it's already February, I don't want to miss the opportunity to reflect and I love participating in Gillian's Top Five. I enjoy looking back over the years at my Top Five posts and appreciate what I've made and learned and what was important to me at the time of posting.

I'm later than usual posting this year partly because January was a bit of a rough month for me. As I mentioned in my last post, my husband was out of work during the government shut down. Because he's a contractor rather than a federal employee, he did not and will not receive back-pay. Some of the larger contractors did pay their workers but most didn't. It was a stressful time for us, full of uncertainty and anguish. It was also completely unnecessary.

At the same time (and maybe due to the stress), I had some health and emotional issues simultaneously come to a head. The good news is that I found a great doctor, am more focused on my physical and emotional health, and I'm already starting to feel better just through the act of taking control.

Okay, on to the top 5! My absolute favorite and most worn garment for 2018 is my Closet Case Patterns Kelly Anorak. 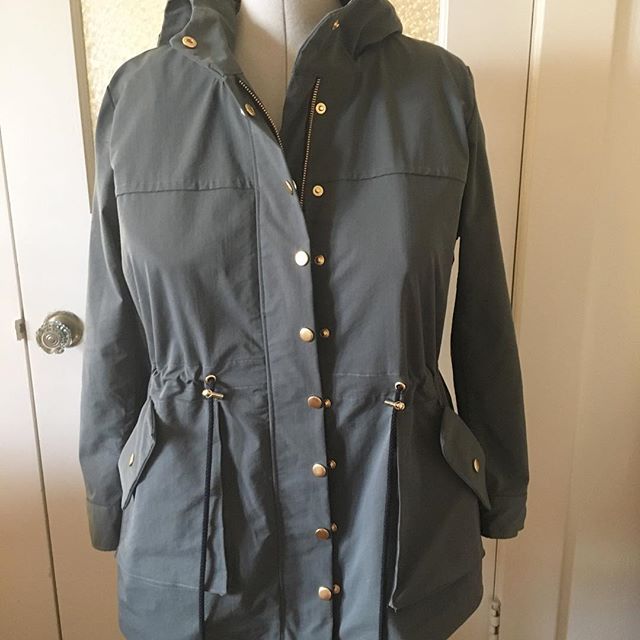 This jacket feels like such a triumph even though I made all kinds of little mistakes. It was so much work but totally worth it. It's legit waterproof, which was a new challenge for me, and it's the perfect outerwear for San Francisco almost all year round. I love the drawstring and the angled pockets and think it's a really flattering.

Next up, my True Bias Emerson Pants that I made for my trip to London and Paris. 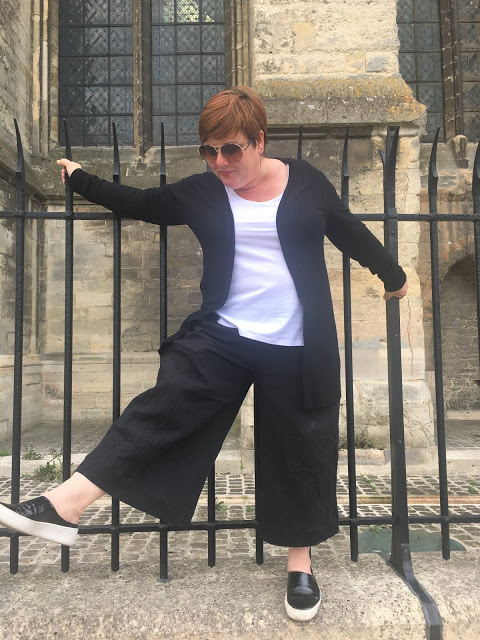 I've made this easy pants pattern several times, but this was really a perfect match of fabric and pattern. I love the way I feel wearing these.

I'm going to be really boring now and go with another TNT: the Mandy Boat Tee. I've been reaching for this striped Mandy on a weekly basis since I made it in June. I used a high quality bamboo rayon from Blackbird fabrics, so it's held up well. It's a classic. 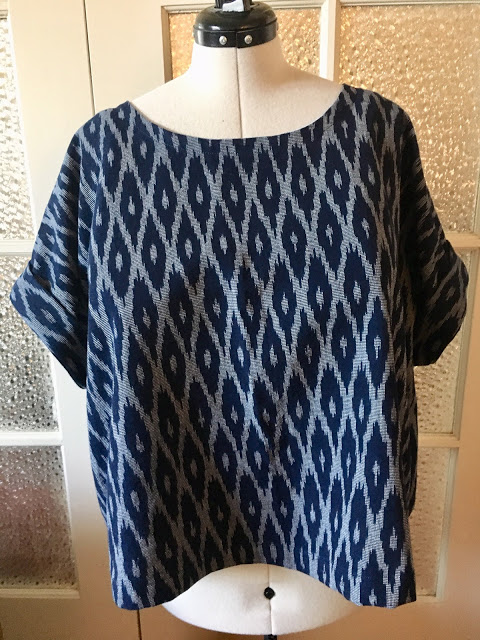 I made five Seamwork Bo tops in 2018, three in ikat fabrics. I love this pattern so much. Another boring TNT, but, hey, if it ain't broke, why fix it? The ponte is high quality and has maintained a polished look. I always feel good wearing it. 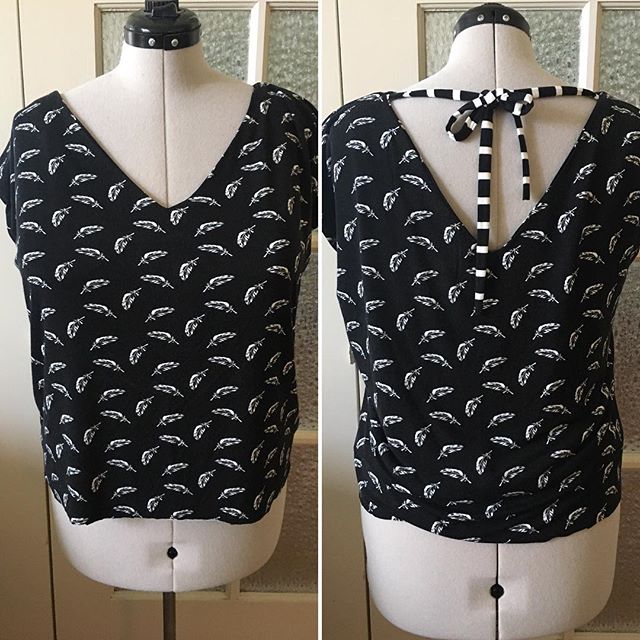 I had such high hopes for this pattern. It was in the middle of summer and everywhere I looked (on instagram and style blogs) it was jumpsuits, jumpsuits, jumpsuits. Turns out I'm really not a jumpsuit person. I hate pulling everything down every time I go to the bathroom. I drink a lot of tea and water. The pants live on as lounge pants around the house. The top will eventually be repurposed into underwear.

Second up, the Closet Case Patterns Jenny Overalls (Pants Version)
I made a muslin but even so the fit was still terrible. I would like to pursue pants making in the future, but I don't know if this is necessarily the best pattern to start.

So that's it. I can't really think of any other unsuccessful projects for 2019, which, I think, is due to the fact that I didn't really take a lot of risks. With a few exceptions, I stuck with TNTs. I also slowed my sewing and fabric purchasing way down, especially towards the end of the year. Lately, I've been interested in taking better care of the clothes I already have by laundering them less (using a spray to freshen between wears rather than automatically throwing them in the wash) and by occasional mending. I see this is a natural result of making ones own clothes, a respect for the time and effort and the quality of materials.

As for 2019 sewing goals, I would like to make more pants--either more Emerson pants or try some other styles. I also want to finish a quilt that I started eons ago. I'm overwhelmed by the amount of scraps I have amassed from sewing, so I would like to address that, either by donating or using up with small projects.

And with that, I'd like to bid adieu to 2018. For me, it was a year of extreme highs and lows, which was not evidenced by my sewing. I'm thinking... maybe safe sewing was a kind of ballast for me in 2018. I said goodbye to my dad. I also (literally) soared to great heights with a dream Paris vacation. I'm grateful for all of it.

Thanks so much for reading. I wish you all the very best. 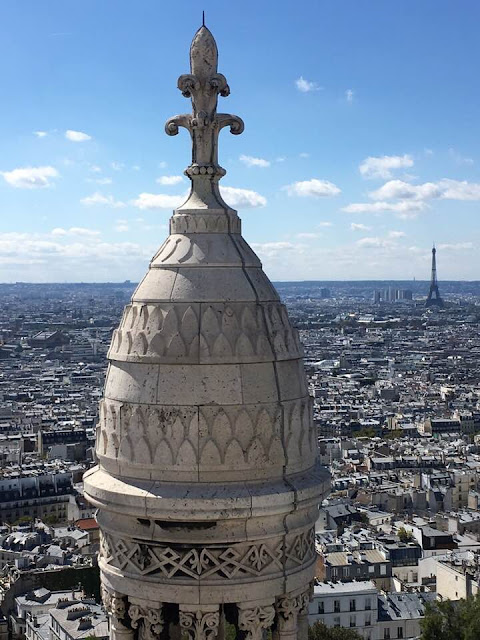