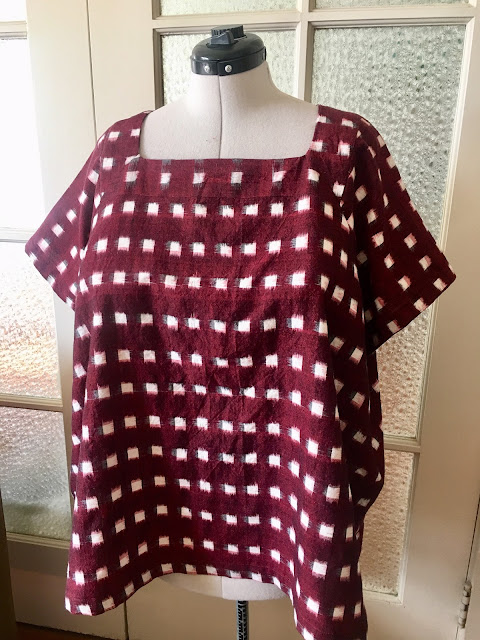 Hello from SFO! I'm heading down to San Diego for my nephew's wedding this weekend and, as is my habit, I'm quite a bit early for such a short flight. Thought I might use the extra time to write about my experience with the Seamwork Carter from April's issue. Carter is a dress pattern with a shirred waist, but they also have a suggested hack in the issue of a top/tunic. As soon as I saw this, I downloaded it right away. I've never sewn a square neckline, so I thought that part would be fun. Also, I haven't noticed very many raglan sleeves in their patterns, which also made me want to give it a try.

I love the neckline and how the squares of the ikat pattern mirror the neckline. At first, as you'll see in my pic below, it was just a tidge too long. But I've washed it since, and it shrunk to a length I like. I had been thinking of an exaggerated tunic to wear with leggings or skinny jeans. 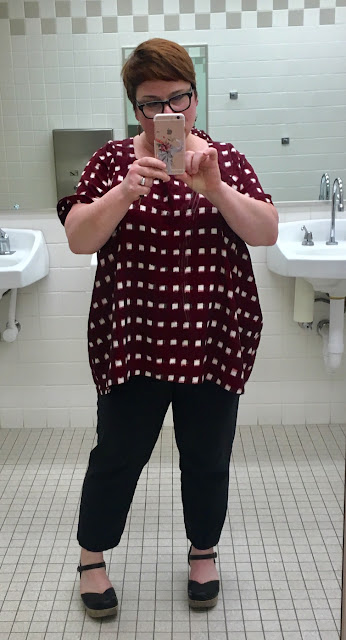 I slashed and spread for a swingy shape, but I guess the fabric doesn't have enough body, or I did something wrong, because it has more of a cocoon shape. Ah well, still comfortable as all get out. I don't like the way it looks with these pants, though, so in the future I'll be wearing with closer fit pants to balance things out.

Next up, I'll need to finish some linen True Bias Emersons. Almost there. 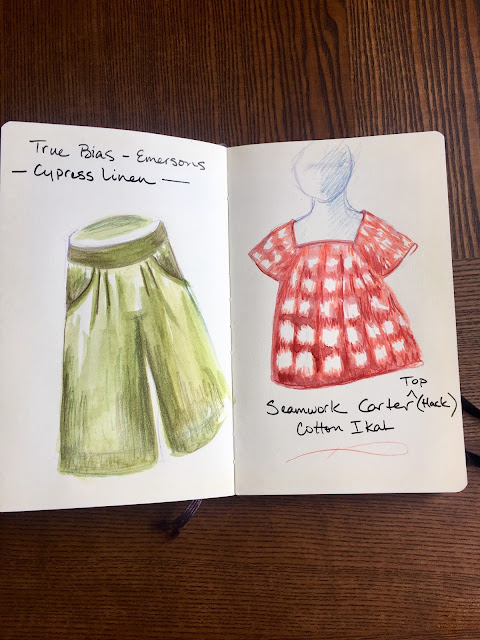 In other news, sometimes I wake up with an overwhelming urge to make a pair of underwear. These are the Grace pants from OhhhLulu. I haven't made them in a while, and it's one of those patterns, where I'm, like, why did I forget about this pattern? It's designed for a combo of stretch fabric on the sides and woven center panels cut on the bias. I actually used a Birch Organic cotton for the center panels because it has very limited stretch. It was a scrap from a True Bias Lodo dress that I made and wore to death. (Sadly, the Birch Organic dark fabrics fade pretty quickly.) 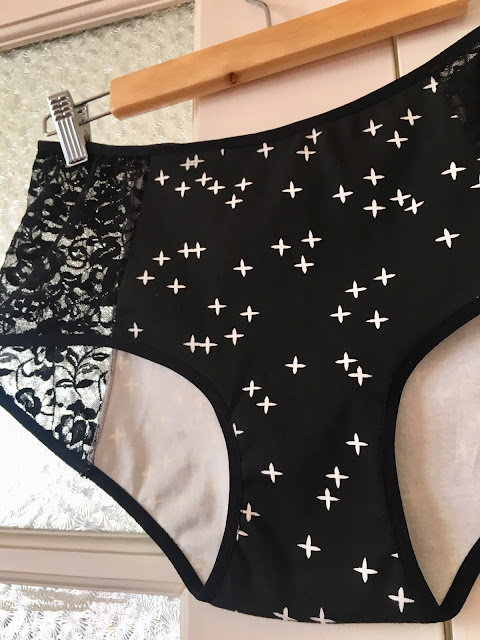 Well, time to board soon! Have a fantastic weekend and thank you for reading!