Wiksten Top: Where I'm At 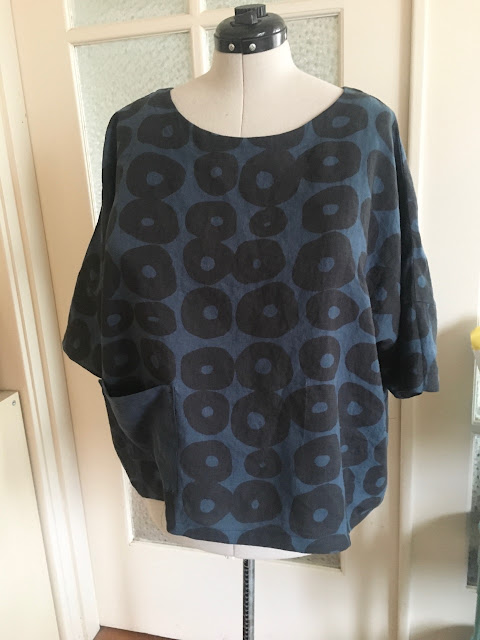 \
Hello! To start, I'm confused by this pattern's name, and after looking at several hashtags, I don't think I'm the only one. Is it "Wiksten Top" or "Wiksten Shift Top"? I'm guessing the former over the latter since "shift top" doesn't really make sense, and there's also a shift dress included. But then what do you call the longer dress? Is that also a shift? For the purposes of this blog post, let's just agree on  "Wiksten Top."

So I received this pattern from Beej for Christmas—heavy hinting was involved—and I knew immediately that I would use some pretty linen from Blackbird Fabrics for this simple shape. This pattern LOVES linen, and I love sewing with linen...so win win.

I've heard a few folks suggest that this pattern might be a bit overrated. Maybe...hard to say. I love simple tops and simple sewing in general. Sometimes proportions can be masterfully subtle, too, and that's where I think this pattern works for a lot of people. On the other hand, I imagine that there are a lot of similar patterns out there that do not cost $25. It would also be pretty easy to hack from a similar pattern, and there's a FREE pattern that's quite similar: the Tessuti Athena Top. But, you know, I enjoyed the luxury of a really lovely printed pattern and have been curious after seeing so many pretty plus-size versions out there. 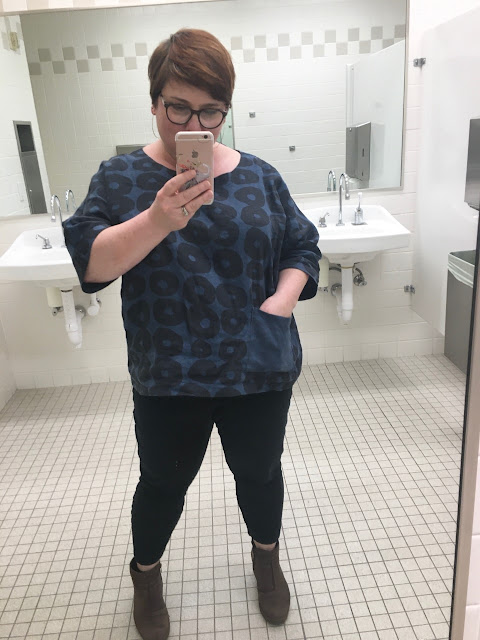 Verdict: I like it! So much that I made another version in black striped linen. It's a little art teacher chic, but that's a look that I like—especially as I get older. 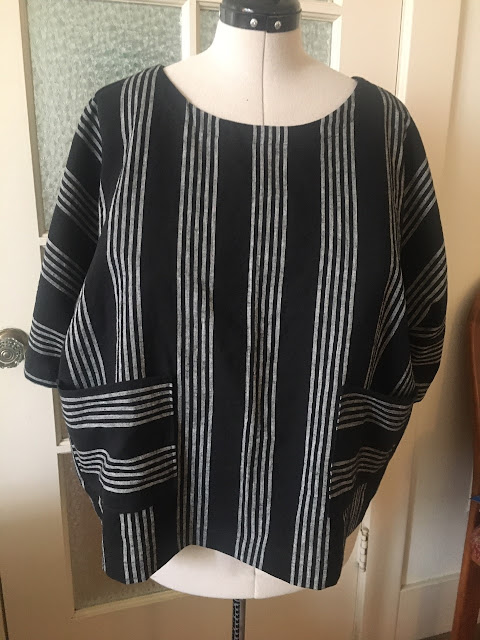 I like that it transitions well for spring and summer, fits in well with the rest of my wardrobe, and works so well with my favorite woven fabric. I don't know if I'll make the other versions since I'm not a big dress wearer, but I do have a couple of weddings to go to this year, so maybe...

Here are the deets:


So those are my takeaways from a pattern that I've been wanting to try for a while. Lately, I've been so into learning about quilting that I don't really feel like working on complicated garments, and I've been really into wearing loose shift tops—oh, hey, I guess it is a shift top!

Thanks so much for reading and have a great week!
Posted by donna at 3:24 PM