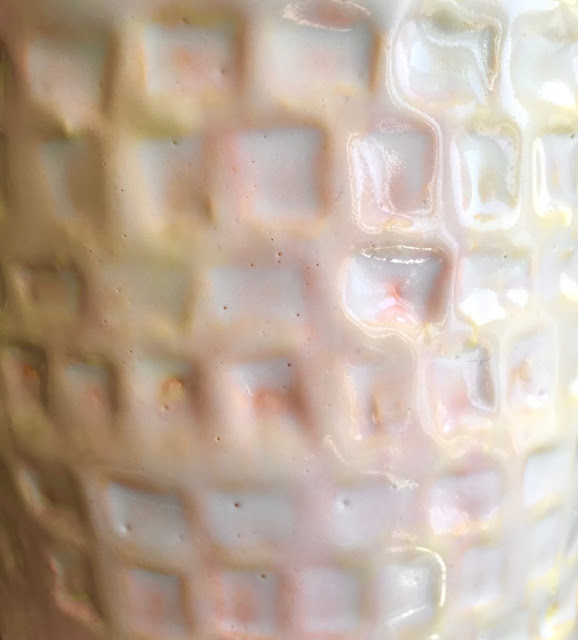 Hey, hope all is well. Here with another pottery post because I feel the need to write some words about reglazing. Also, just so you know, I don't consider my examples "amazing" as suggested by my blog post title; I just can't pass up on an opportunity to be a rhymin' Simon.

So, one aspect of pottery that came as a surprise to me is that you can refire/reglaze your pots if you don't like how they turn out. In fact, some ceramicists refire multiple times on purpose--either as a way to experiment or to develop more depth and interest on their surfaces. From what I can gather, there are a few main caveats:

Here are a few pieces that worked out pretty well (albeit not "AMAZING") after reglazing and refiring. 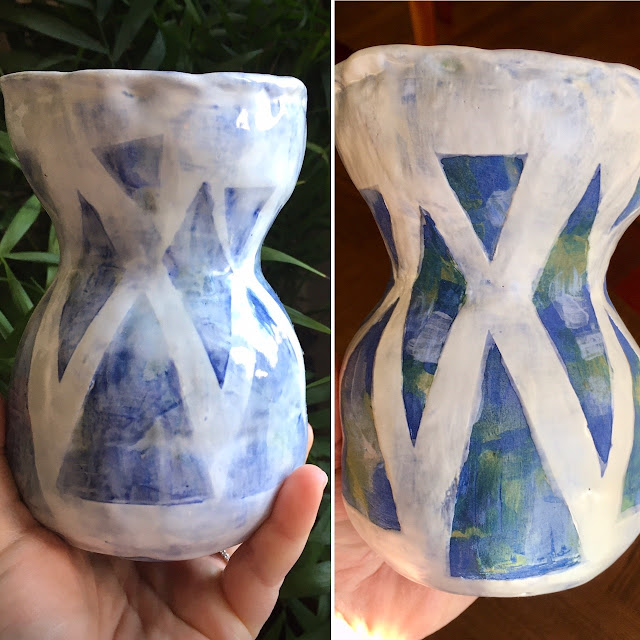 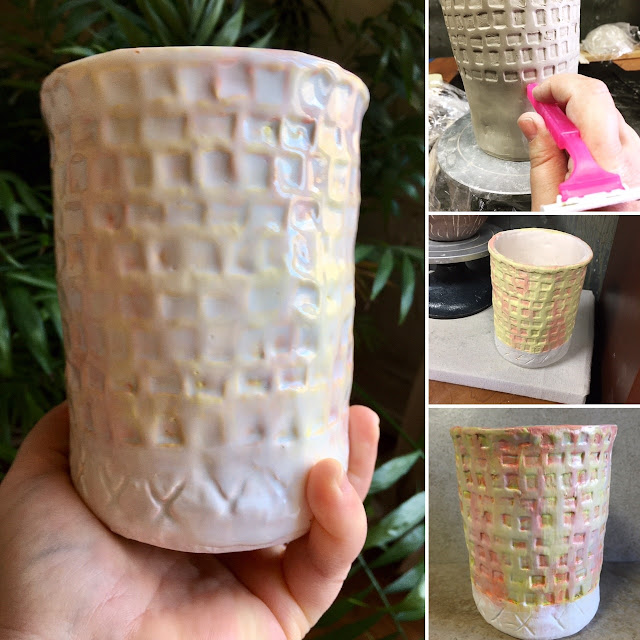 Both of these are early pieces that I worked on before my kiln even arrived and I was just learning about glazing. Both involve underglazes which I have yet to really figure out. I want to use them to expand my possibilities, but I still haven't figured out how and most of my projects that involve underglaze have yielded disappointing results.
When I started out, I had a fuzzy, ill-formed idea of how I wanted my surfaces to look. I wanted them to look beautiful and amazing, but I couldn't really give you specifics of what that looked like to me. The closest I can come to describing it is kind of a push/pull happening with the foreground and background and seeing washes or hints of underpainting underneath an overall color. Reglazing, making more pots, experimenting, and even writing this blog post all help me to visualize what I'm after.
In the top example, the white and blue vase, I used underpainting all over with blues and greens--really went to town!--and then made stencils to mask out the simple triangle shapes. I ended up horrified with the initial result (right side image). I didn't realize that the blue and green underglaze underneath the white satin matte glaze would travel to the surface and look so splotchy and sloppy.  That was my first big lesson: shit moves around when firing. And I also discovered that I'm not a big fan of the Amaco brush-on satin matte glazes--at least not in the way I'm using them. It reminds me of the chalky, stark white used in primer coats for house paint, or like gesso. For the final result, I refired and glazed two times with a gloss white. Here's another closeup. Now I have something I can live with, that looks more interesting when I pick it up and look at it more closely--like there's something hidden below the surface.  And bonus, since it's an early piece, it's so freaking heavy I can use it for self-defense if there's ever an intruder. 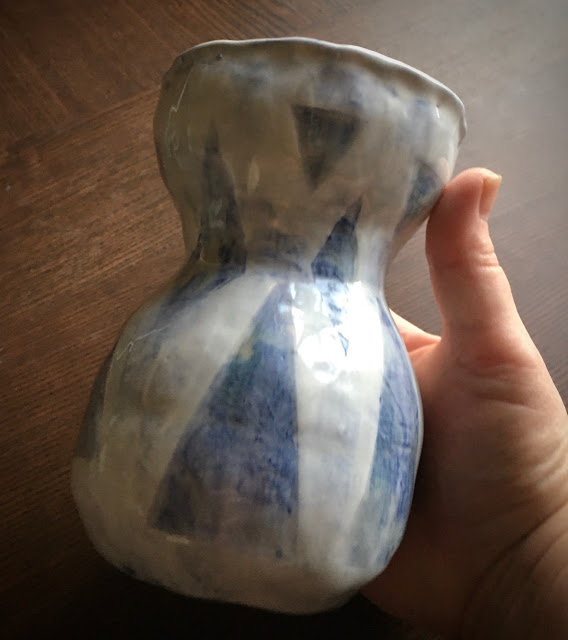 The second example, the pink and yellow canister, also took two additional firings of a white gloss to mitigate the horrific pink and yellow results of the underglaze. The story is pretty much the same: I had to reglaze and refire twice because the first refiring made the piece glossy but the white just sort of dissolved and sunk in and didn't provide any coverage. I like how the final glazing made the surface look somewhat iridescent. Beej has turned it into a useful catch-all container for kitchen stuff.
So, yeah, neither of these pieces are gonna set the world on fire, but I was able to get them to a place where I could live with them. I'm trying to balance my need to practice and experiment in order to make better pots with the consequences of having more stuff to either use or give away. I don't want to smash pieces that took resources and energy and create a bunch of broken crockery for the landfills. My solar-powered kiln is quite small, and I'm finding that limitation kind of a blessing in that it slows me down so that my enthusiastic maker-self doesn't get too carried away. I can only make a few pieces at a time.
Most importantly, though, the reglazing experimentation and research taught me a bit about the nature of glazes and now I can move forward with some knowledge and experience. I've got so many millions of other things to say about pottery and art and finding my own way of creating unique and interesting surfaces, but my break for lunch is over and I should get back to my real work--the stuff that pays the bills.
Have a fantastic week, whatever you do. Make time for exploration and curiosity, make time for yourself.
Posted by donna at 12:47 PM