My Kind of Black Friday 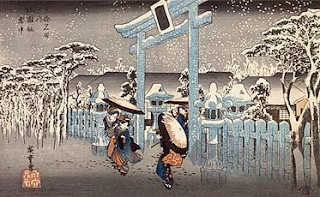 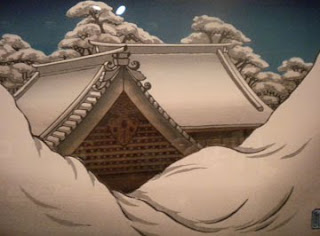 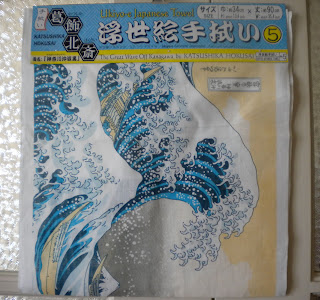 Barry and I had so much fun the day after Thanksgiving. We were both off and in agreement that the last thing we wanted to do was spend the day in a mall. So instead we went to see the "Japanesque" exhibit at the Legion of Honor. There were so many prints that it was a bit overwhelming, but what a wonderful collection of prints! The highlights were, of course, the master printmakers Katsushika Hokusai and Utagawa Hiroshige; however, I also appreciated being exposed to lesser known artists, who were influenced by Japanese prints, such as Lilian May Miller. See middle photograph above, "Snow on the Temple Roofs, Kyoto, 1934." (I took this picture before I noticed the "no pictures" sign. As someone who works in a museum, I really should have known better.)

In keeping with the theme, we headed over to Japantown after the museum and scored a Hokusai tea towel! We had a delicious lunch of noodles and broth - such a welcome relief after the (albeit delicious) cheesy starch-fest that is Thanksgiving. We topped off the evening by seeing the latest Harry Potter at the Sundance Kabuki theater. It was my first time sitting in the balcony - an experience I highly recommend.
Posted by donna at 11:22 AM