You'd Be Embarrassed If They Weren't There 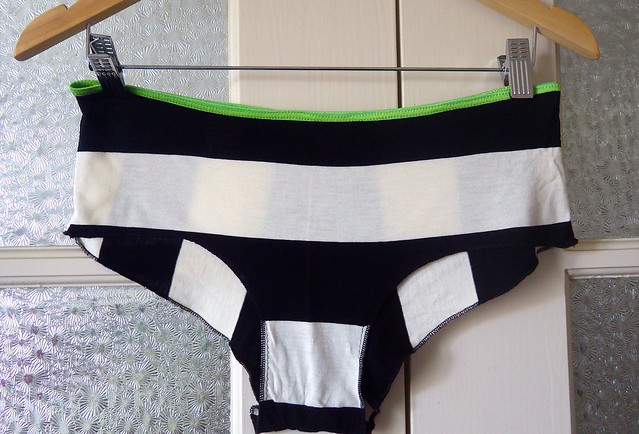 Hello! Hello! Hope you're having a great weekend. I'm just sitting here relaxing - roasting a chicken and writing a whole blog post dedicated to underpants. Hey, why not? Underwear has become one of those things that I just can't bring myself to buy in the store anymore. They're so easy and fun to make.

This time I used a commercial pattern, rather than a free pattern found online; the fit is much better for my body. I noticed that with my older pairs the crotch wasn't long enough, but the fit feels really good with this pattern.  These are the Lola Brazilian style by OhhhLulu, and I totally love them. The designer, Sarah, has a lot of pretty lingerie patterns in her shop. Next time, I want to try the Grace pattern because I've got tons of woven scraps I'd like to use up. 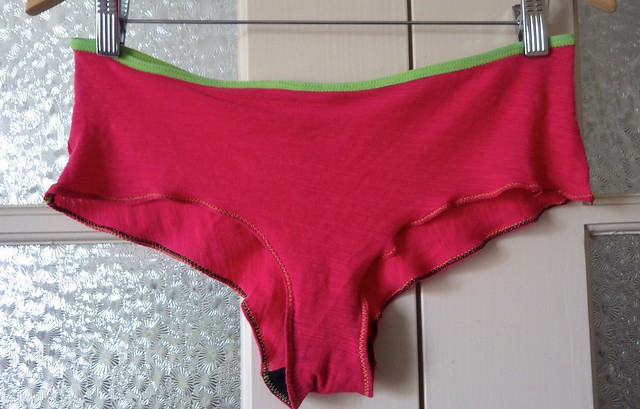 I made a couple of test pairs to wear and they turned out to be very comfortable, but these aren't it. It's already kind of odd to post pictures of my underwear on the internet, but posting pictures of previously worn undies just feels wrong. Ew. So these are spanking new. (Whoops, pardon the pun! :)) The fabric I used to make them, however, is not so new. Since I didn't have any knit scraps big enough, I turned to my stash of old clothes that aren't wearable for one reason or another, but I like the color or fabric too much to put in the goodwill bag. 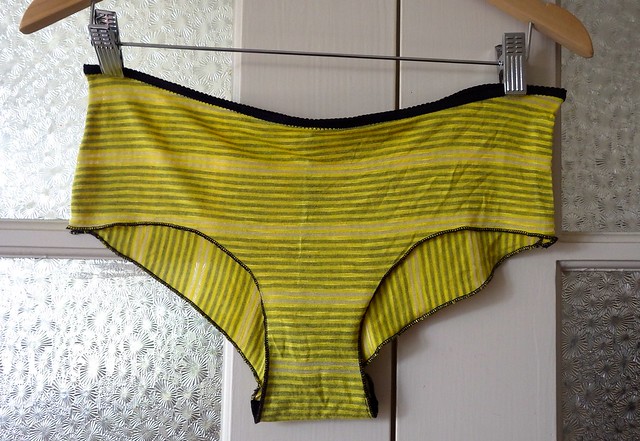 I can't remember the origins of each piece. The black and white is from an Old Navy top that got worn once before I spilled red wine on it. The pink (it looks more red than pink in the photo, but trust me) is an old Anthropologie top that I wore to death until I spilled something on the front. (Are you noticing a pattern, here?) Not sure where the yellow stripe top came from, but I think I almost never wore it because it was too much yellow.

It's not a New Year's resolution or anything, but ideally I'm trying to incorporate some used/repurposed fabric in my sewing on a semi-regular basis. So it feels good that I'm continuing in this vein. I'll finish with a few notes for next time.
Well, I think I've said pretty much all I can think to say about underwear.  Have a super weekend and thanks so much for reading!