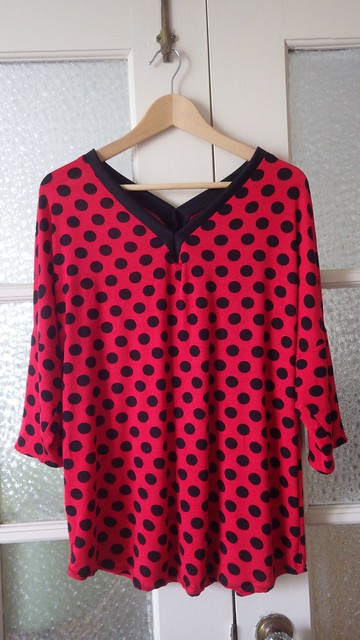 Hello! Hope you're doing great! I finally got around to trying another Colette Aberdeen tunic and am here to share my thoughts. 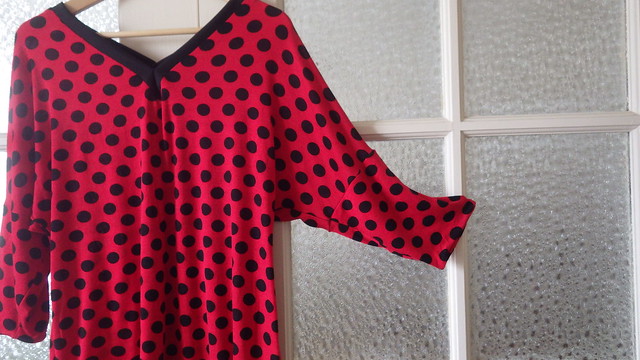 In my last post, I was unhappy with how my Aberdeen turned out - mostly down to the drab color of my fabric and to the large fit in the neck and shoulders. So to remedy this I sized down from an extra large to a large and chose...um, a super bright (perhaps one might even say loud or garish?) color/pattern. I purchased this super soft cotton/rayon blend jersey from Wanderlust a while back. I think it was around $6 per yard. It's soft and has a nice drape and was called Ladybug. I thought it looked cute, but now that I've made something and worn it I'm thinking the fabric pattern might be a bit much for my short frame. I think I prefer smaller polka dots. However, I do like this version much better than my first one. Since it's a tunic it has a lot of ease built in, so sizing down was good. 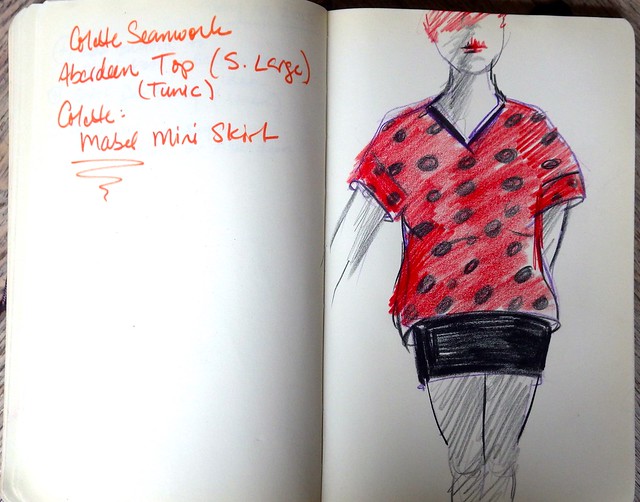 My favorite part, which isn't rendered in my sketch, are the 3/4, fitted cuffs. My least favorite part is the v-neck neckband. Even though I did a better job this time than my awful gray one, it's still not great. There's a weird dimple at the point followed by a little puffing out. Next time I want to try a mitered V-neck following this great Cake tutorial.

For the hem, I used fusible bias tape and my twin needle. I didn't bother with serging the edge, but now I think it would look a little better if I had. 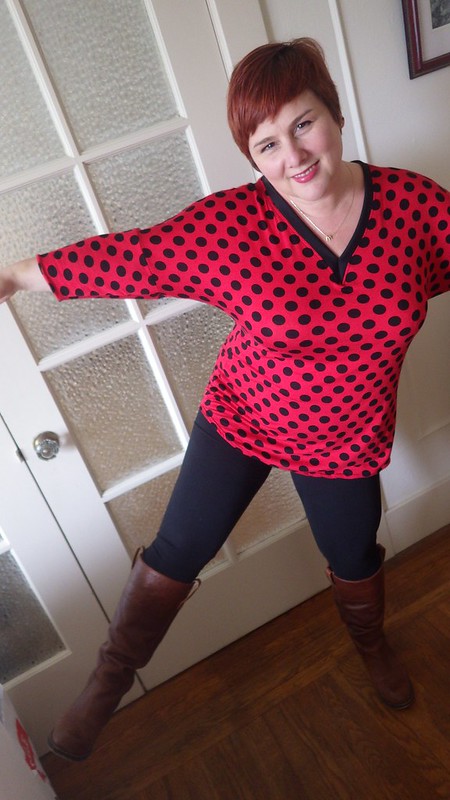 Overall, I think this is a nice, basic pattern and will continue to tweak it. But now I'm ready to move on to other projects. I'd like to replenish my Plantain collection - my most reached for tee-shirts of all time. I also promised to make my husband another linen Negroni, and I want to make a black Mabel to have as a basic, and... so much more! There are just so many fun things to make. Thanks so much for reading and have a fantastic week!