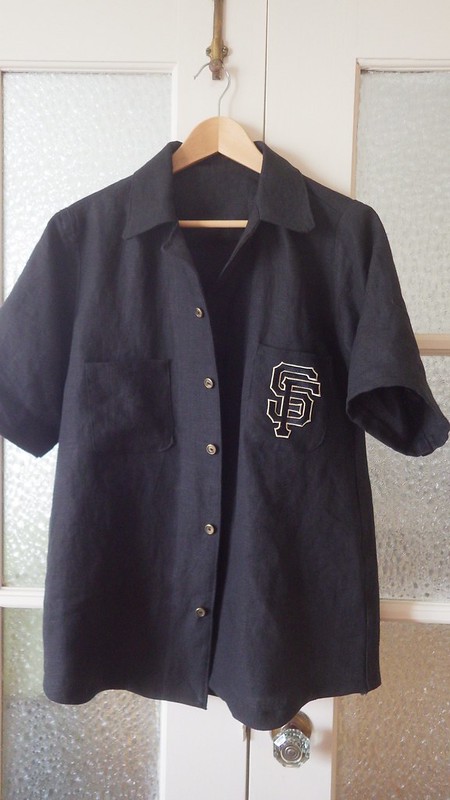 Hello! If you're in the U.S., hope you're able to enjoy the holiday and  have some fun. We didn't really get it together to get out of town, so we're hanging out in the fog. So far it's been nice, but now I'm up in the middle of the night  - probably due to random, illegal fireworks action happening not too far away by the sound of it. I'll take this opportunity to catch you up on my sewing learning, obsessing, etc. But first... how about some unselfish sewing in honor of America's b-day. 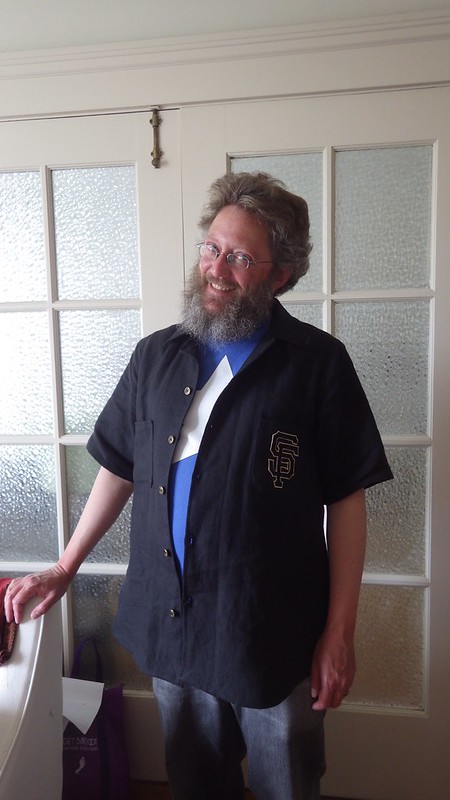 This handsome fella - AKA Beej - is modeling his recently completed Christmas present. On Christmas morning I presented  him with the World Series SF patch (for the SF Giants baseball team), along with a note that it would go on a shirt that I would make for him. Only 6 months later...Beej has a new shirt. 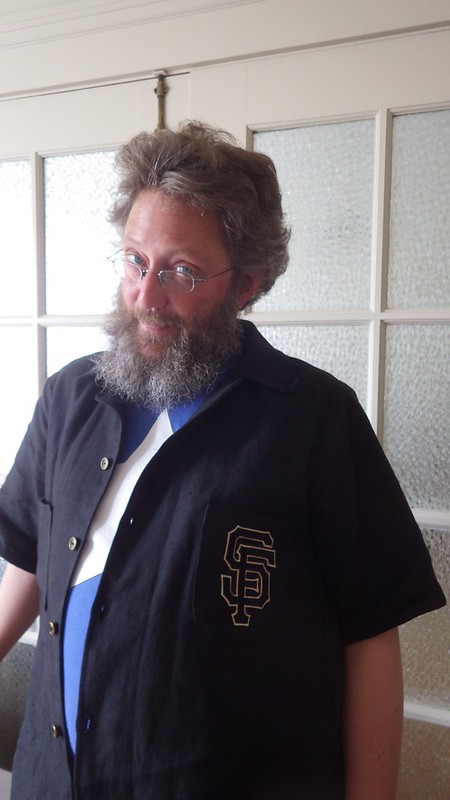 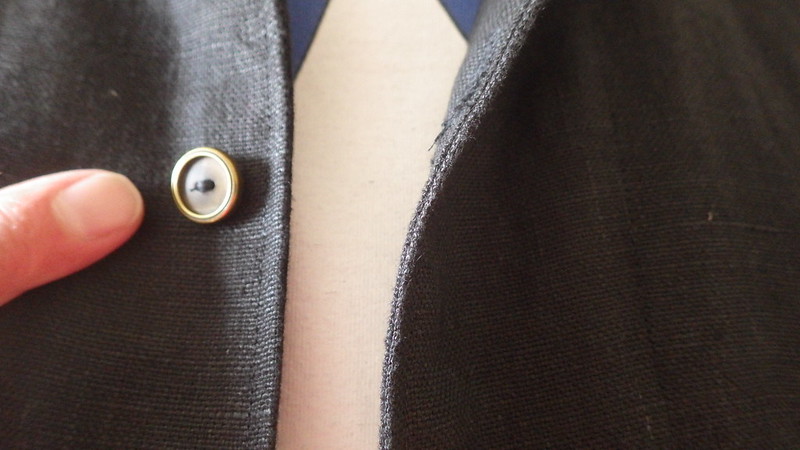 More details:
So that's my unselfish sewing done for the year. ;) I'm thinking about making Beej this shirt each year to track my progress. Currently, I'm fantasizing about sewing with luxurious knits and making a bra AND making jeans - i.e.  way overbooked with sewing plans. Hope you're having a great weekend and thanks so much for reading!