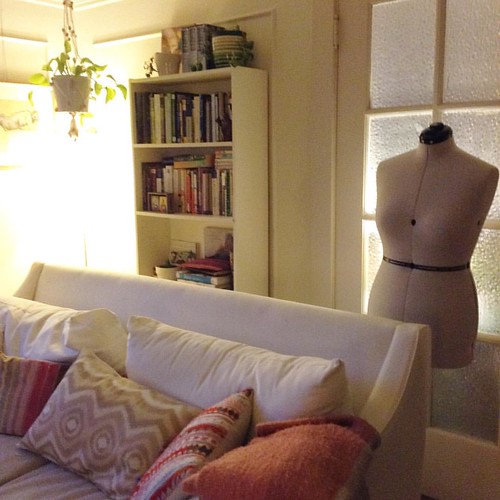 Hello, how are you? It's a blustery Sunday here in SF, so I'm staying cozy by drinking way too many cups of tea. I don't have any finished makes to show you, but I feel like blogging, so I'm going to just write about stuff I'm working on. This actually might be better since I tend to forget a lot of details along the way once I've hit the finish line of a project. 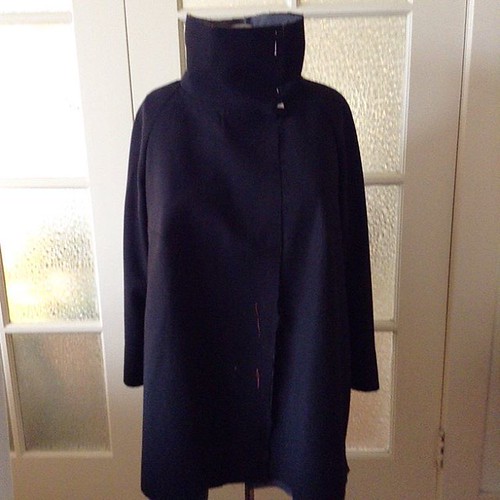 First off, I'm working on a Clare Coat, which is exciting... to me, anyways. I love wearing my Waver jacket, but I had been wanting to make a dressier piece of outerwear and this pattern came along at just the right time. I've been following the sewalong, and I'd just like to say that I'm really pleased with the pace, organization, and extra hand holding that it entails.  As you can see, I've created the shell of View B. Lining and facings go in tomorrow. Yay! 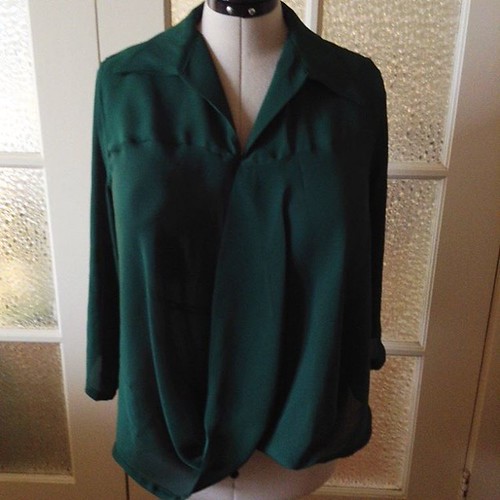 Here's another project in the works: another version of the Hot Patterns Acqualina Riviera in green silk. This was my first time working with silk - what kind of silk, I couldn't tell you. Maybe silk chiffon since it's so sheer. Cutting silk sucks. I laid it out on the area rug and cut it one layer as carefully as I could, but it still looked like a four year old cut it out with a hatchet. Later, I tried an aerosol fabric stabilizer (Sullivans). It helped a bit, but I don't think I would want to use it again unless I'm spraying outside somewhere very far from any creatures with lungs. It's filled with all kinds of nasty stuff. I've heard that gelatin is a good alternative. The sewing itself hasn't been all that hard - Microtex needle, walking foot, press cloth, yadda yadda - but working with the fabric has been challenging. My iron started spitting water on it, which caused stains. I didn't know that you're supposed to clean your iron with water and vinegar to remove mineral build up and that said mineral build up causes blockage and spitting. I could actually see little copper flecks. With all the beginning sewing books I've read, nobody has mentioned that vital bit of info. Oh well, now I know. The good news is that the water stains came out when I soaked the silk in lukewarm water with just a drop of Doctor Bronner's castile soap. 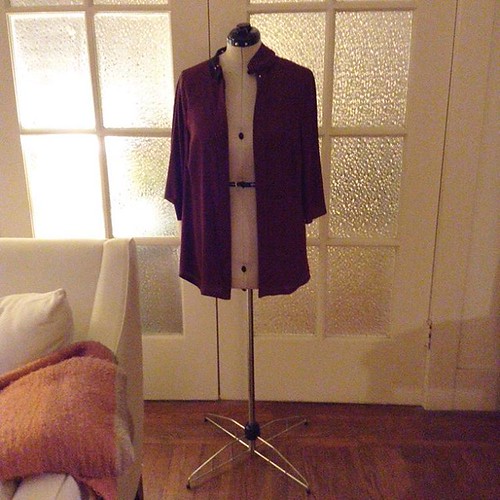 Here's another V8689. I'm having some kind of issue with the sleeves and may need to unpick them. By the way, I should introduce you to Eva, my new dress form and early Christmas present.  Beej wanted to buy me one, but since he didn't know what kind, etc., he asked me to do the shopping, which is the reason I got such an early present. We purchased it from  Sewing Machines Plus - the Ava collection (Yes, I named my form the brand name - kind of like naming the fridge Frigidaire. Beej suggested the other Gabor sister, Zsa Zsa, but Eva was the nicer one and I've always been a Green Acres fan so Eva the Ava Collection dress form it is.)  It's an adjustable form - the kind that you can only stick pins into at an angle. Since it's super nice to have but certainly not necessary, I went for an economical choice.  I also wanted something in a neutral color since I don't have a dedicated sewing room. My only regret is that it would be nice to have a form with wheels. 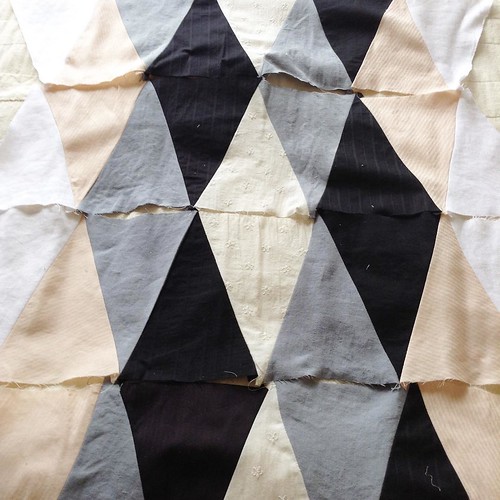 I'm also working on a quilt made up of my earliest sewing attempts - projects that either didn't work out or didn't hold up well because of the learning curve. I don't really know how to quilt properly, so I'm going for a simple triangle patchwork. 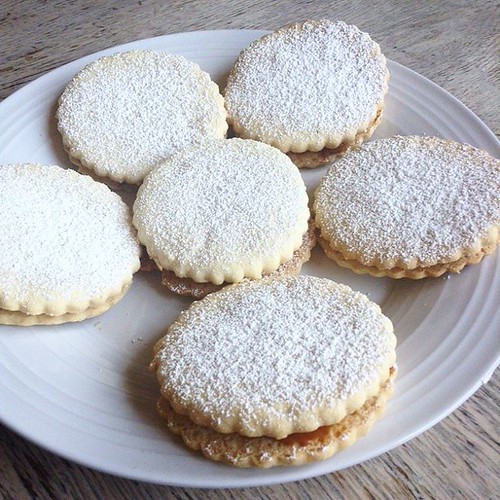 I've also been making different kinds of holiday cookies. Pictured above are alfajores (omigod, so good). I've also made haselnussmakronen and next week I plan to make lebkuchen.

So lots of sewing and cookie eating, but not lots of finishing. What have you been up to? Hope it's not all crazy rush-rush and that you're allowing yourself extra time to enjoy some creative fun. Thanks so much for reading. Cheers!
Posted by donna at 12:40 PM