One More For the Road 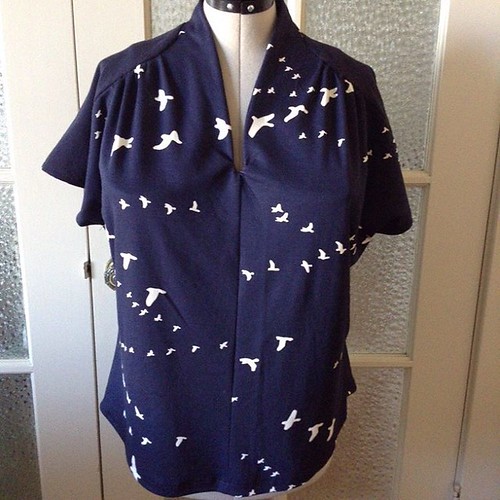 Hey all! Okay, my blog post title was a terrible pun. Sorry about that. I made another Hot Patterns La Strada tee, and when I think of La Strada I think of the Fellini film and... you get the idea. Anyway, since my last one was a bit too big I decided to go down one size to an 18. In fact, I think I'm going to start at 18 from now on and make adjustments from there for all future HP patterns.

I'm having one of those no makeup/sweats (i.e. awesome) days , so no modeling happened. Trust me, though, the fit's much better. Not much to add since the only thing I changed was the size. Oh, except I used a scrap leftover from my blue Waver jacket for the yoke so that I didn't have birds flying in a bunch of different directions. Since this pattern sews up like a woven that's easy enough to do and doesn't present any issues.

I'm actually more interested in talking about the fabric, which is an organic interlock knit made by Birch fabrics. While I love the color and design and the fact that it's organic, I was a bit surprised when it arrived. The blue only shows up on one side. Here's a photo to show what I mean. 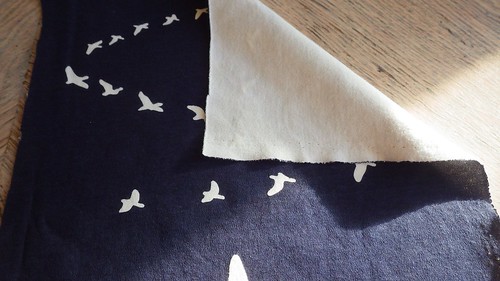 I suppose this has something to do with the process of using low-impact dyes and not wasting so much water. It's not a huge deal (in fact it's super soft on the side that touches your skin), but I probably wouldn't have bought it if I had known that because I don't think it's ideal for knit garments. Here's what it looks like when stretched. 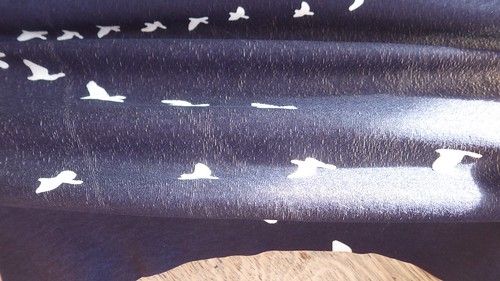 Like I said, no big deal for my top, but I thought I would mention it in case anyone out there plans to purchase this fabric for a specific garment - like a dress with negative ease.

In other news, last week I found a RTW bra that fits me really really well. What an exciting day that was! I'm sure that all the reading and focusing on bra fitting I've been doing lately helped me know what to look for and get a better idea of my size. 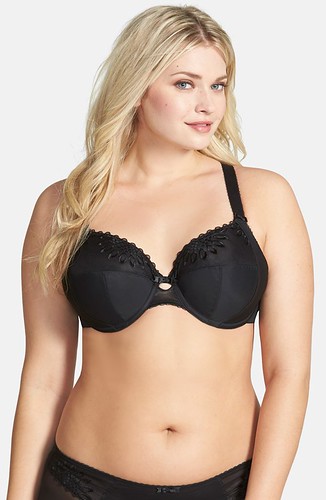 I still want to make my own bras, though. Especially, now that I know it's possible to find one that fits me well. But now instead of trying the Maya pattern, I think I want to clone this bra or look for a similar bandless bra pattern. Maybe the Pin-up Girls Shelley? Any thoughts on a bra pattern like this RTW one?

As always, thanks so much for reading and have a fantastic week!