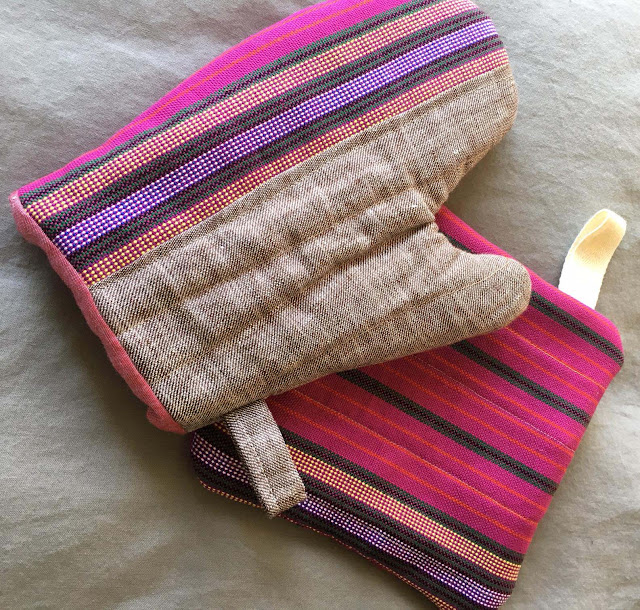 Hey there! Hope you've been having a relaxing weekend. I had a bit of a Duckndam factory situation this weekend as I sewed up a number of oven mitts for Christmas gifts. Making something pretty and useful out of scraps of nice fabric has to be one of the most gratifying feelings. Some of my scraps feel like old friends to me. Often, I can remember exactly where I bought the fabric, what I had in mind, special textile factoids, etc. For example, the above fabric is a combo of a rustic linen I sewed into a Roberts collection  dungaree dress that didn't work out and a Guatemalan twill (for this project) that I love so much that I think I've now used every little bit. The inside lining is from a  Robert Kaufman rose chambray that I retrieved from another failed project. 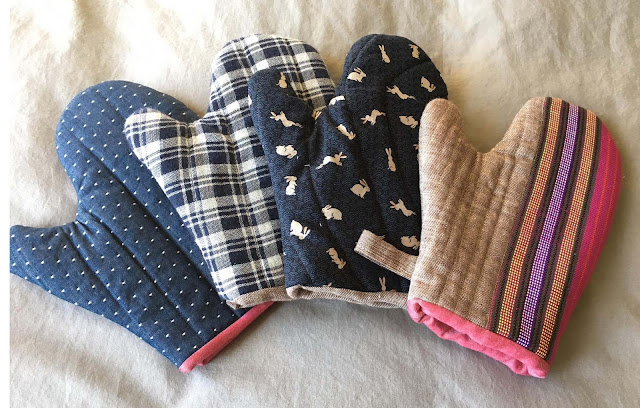 It's the free Bombazine pattern. Described as Japanese in style (a half mitt), it's a little smaller than most oven mitts. What I like most about this version is that it's a clean finish with a bagged lining. I even like that the lining sticks out a bit, adding a bit of extra color interest. 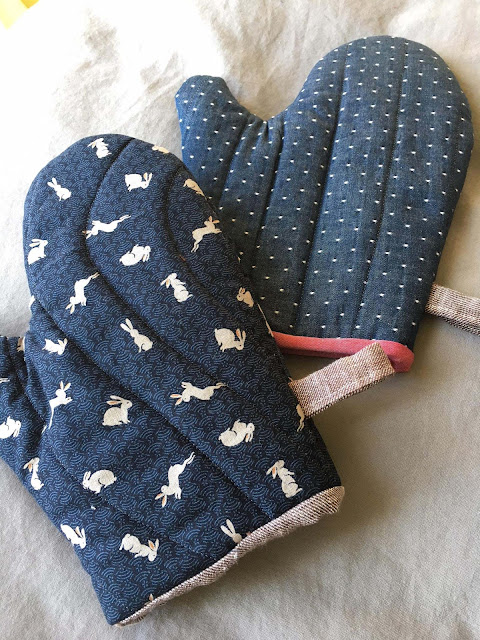 I kept it completely casual (and imprecise) when quilting my mitts, but you could totally experiment with sashiko, applique, or piecing to come up with all kinds of fun designs. This is such a great scrap buster. I stopped sewing with quilting cottons a long time ago, but it works really well with linen and cotton chambray. The only thing is that you really need to use wool batting (or some other kind of wool padding) because it's safer than cotton batting. It has a slower burn and conducts heat well. (Wool is a pretty magical substance when you think about it.) Surprisingly, I had trouble finding wool batting locally and had to order it on Amazon. I bought some organic wool that's primarily used for baby quilts. I had to use two layers to get the level of squishiness that I wanted. The Bombazine site recommends using old wool coats, and I did use a scrap from my Jill coatigan for the square pot holder in the first pic, but I wanted the mitts to be more soft and squishy. 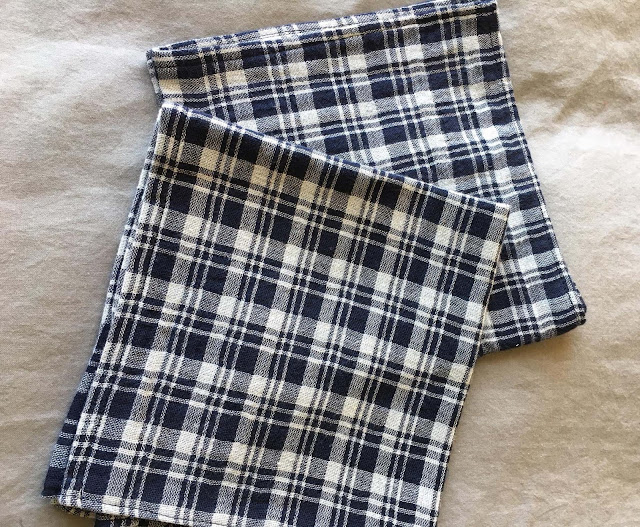 I also made a pair of linen napkins and a plaid mitt for me from my CCF Charlie caftan. I used to feel guilty about cutting up perfectly good garments to make them into something smaller, but after being turned away from Goodwill because they have too much stuff I've gotten over that. I'd rather turn it into something useful than have it languish in my closet. 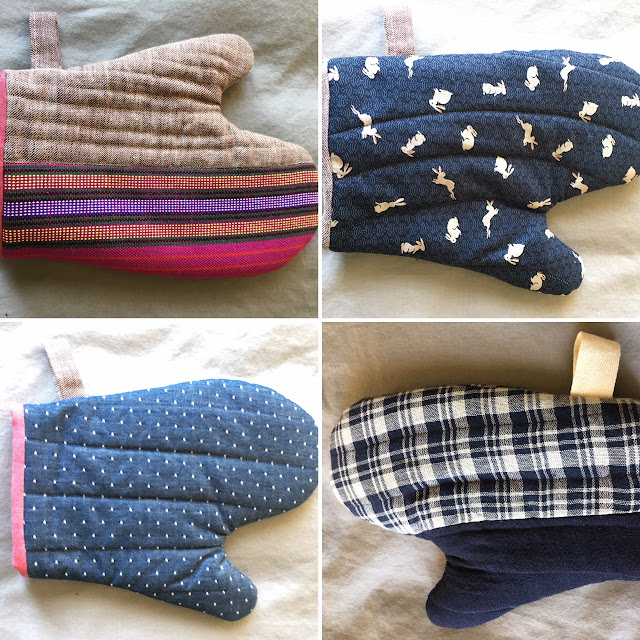 I've already ordered more wool batting. If it arrives before Christmas, I'll make some more mitts as gifts. If not, I might just make a little arsenal of mitts from scraps to keep on hand. Combined with a nice bottle of olive oil or some fancy salt, I think they would make nice housewarming/hostess gifts. My goal for January is to organize a couple of bags of scraps and take them to a nonprofit in the Bay Area that could use them. Any suggestions? Also, what's your go-to scrap busting project?

Thank you so very much for reading. Have a fantastic week!
Posted by donna at 6:43 PM