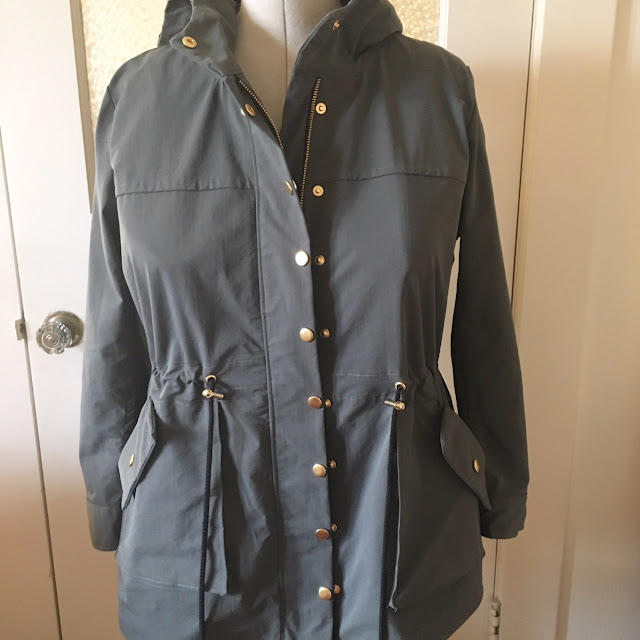 Hey there! It's been a while hasn't it? I started this Kelly Anorak, which is part of my Make Nine (not that I'm taking that list all that seriously), on January 20 and only finished it last weekend. I think it could have gone a lot faster, especially since it's not lined, but I didn't work on it every single weekend. Also, I hit a bit of a snag when I met my old nemesis—sleeves. After basting the sleeves on 5+ times, I finally muddled through and could not be happier with my final project. Right after I finished it last Sunday, it rained all the following week. I don't think I've ever been so excited about rain!

This isn't the kind of project one makes multiples of—maybe some would, I suppose, but I don't need more than one anorak—so I tried to be more thoughtful in my approach. I had been imagining an olive twill that looks so good on so many skin and body types and is so versatile, but ultimately I decided I should have at least one waterproof jacket, so I went with a poly/nylon blend in stone gray from Britex. I like that it doesn't look or feel plastic-y and doesn't make a lot of swooshing sounds, but it's still legit waterproof, handling its first deluge last week with flying colors. 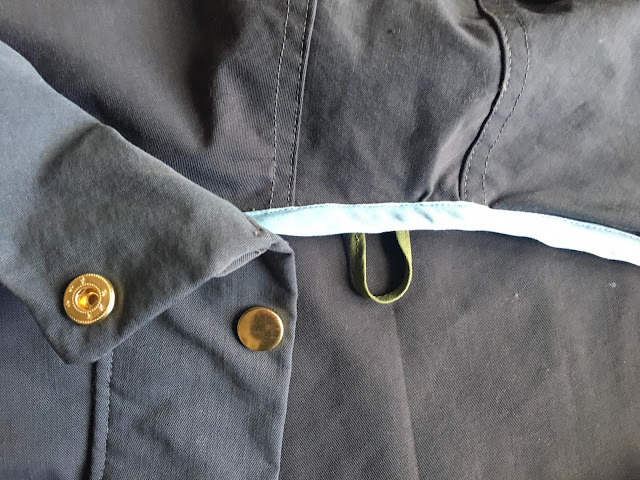 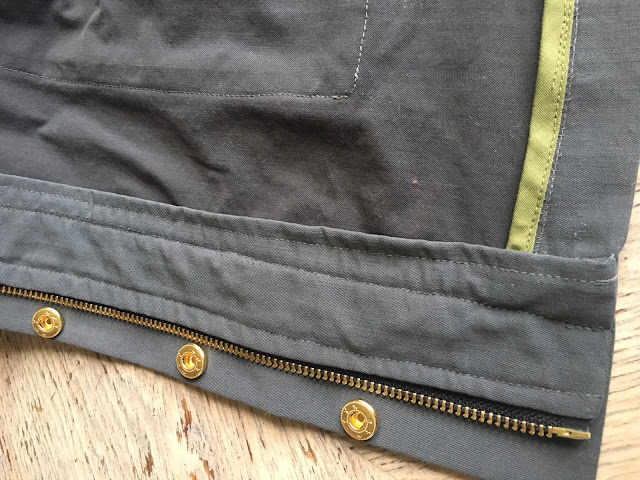 I like many of the details like finishing the hem and hood seam with bias tape. I purchased the Kelly Anorak hardware kit with the tools so that everything would match. I made a TON of little mistakes and, as mentioned previously, I struggled with the sleeves, but overall I'm happy. The only thing I would do differently is omit the hood. I wear my bag cross body, which means I have to pull the hood up and over every single time. The biggest bummer so far is that my placket snaps don't snap. I put them in the same way as my cuff and pocket snaps, so it's a mystery.

I ambushed my husband on the way to the bus stop and had him take a few quick phone snaps.  Posting modeling pics is still not my favorite part of the process, but I think it's helpful for folks to see what the pattern looks like on a curvy/plus size (whatever you want to call me) who also happens to be short. 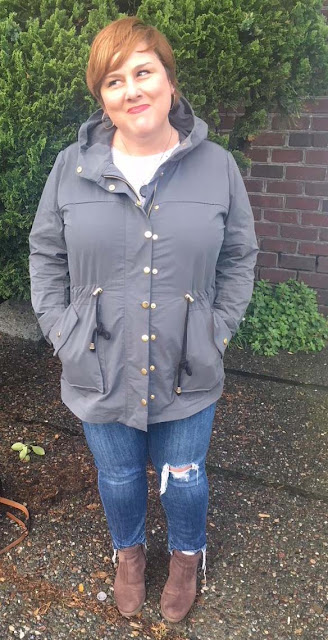 I'll probably wear it open more often than not, so I don't want to dwell too much on the front snaps.

Here are my final construction notes in case you're interested in making this pattern:


Even though I stumbled here and there, it was a very satisfying project, and I'm proud that I challenged myself a bit. The tutorials and instruction helped a lot and served as a reminder to not be overwhelmed and just break things down into small steps. At the risk of sounding trite, that approach could be applied to most anything in life, right? I hope to post again within the week because I found myself needing a quick project halfway through this, so I've got a new pattern to post about.

Have a fantastic week and thanks so much for reading!