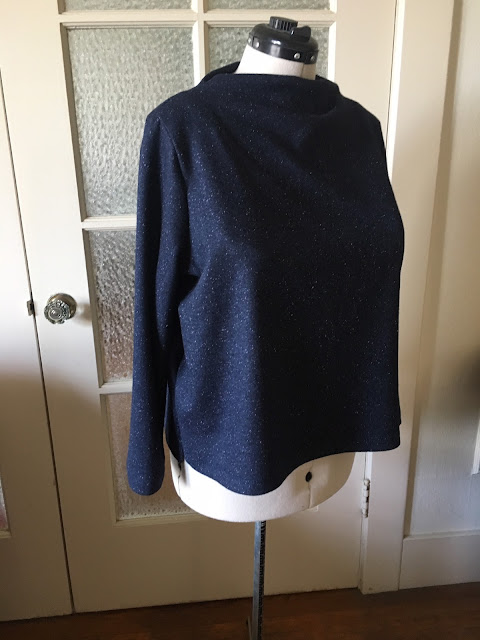 Hey there! Just want to record my last winter make before I focus on spring sewing. I don't know about you, but I can't WAIT to wear my clogs again and bare my ankles. It won't be happening this week, though, since there's an "atmospheric river" on its way to the Bay Area.

This is my third Toaster2, by Sew House 7. First one blogged here and second version unblogged but instagrammed here. The first version was a wearable muslin made from a cheap ponte with just a leeetle too much poly for my taste. The second version was made from a cheap french terry that shrunk (in length) to the point that it's now "around the house with sweats" clothing. 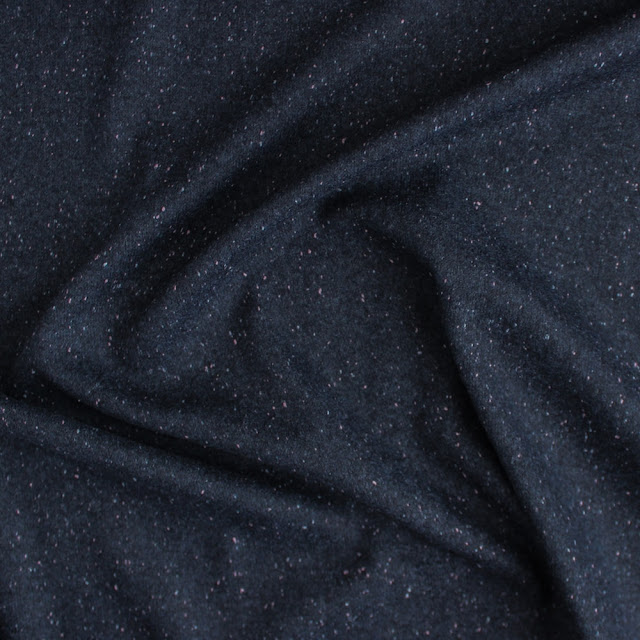 First, the fabric...Can I just tell you, I'm having so much fun shopping my stash. I haven't bought a substantial amount of fabric in months and while I occasionally window shop online, I've been enjoying thinking of projects to use up all the really lovely pieces I've already purchased. For me, I need to hit just the right stash balance: Too much fabric weighs on me and makes me think I should hurry and sew it up. On the other hand, it's awesome to have beautiful, high quality fabric to whip something up whenever the mood strikes me.

I originally planned to make some Wendy Ward stretch pants with this. Ultimately, though, I decided that with its limited 2-way stretch, it might not be best. Also, I really liked the fabric too much to use it for a pattern in a book that I hadn't seen made up into very many successful and/or flattering versions out there in the blogosphere.

The fabric is a double-faced double knit--70% poly, 25% wool, 5% viscose. It's navy blue with pink speckles, which gives it a really nice texture. I paid $9.43 per half meter from Blackbird Fabrics. It's super easy to work with, albeit not the most breathable of fabrics. I just need to remember to keep this baby out of the dryer. 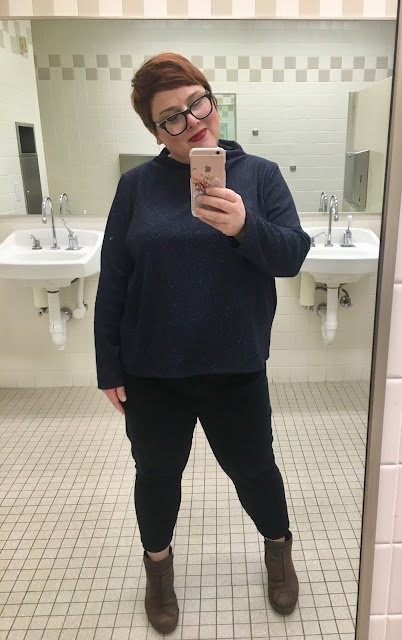 Okay, before I forget... here are the deets:

So that's it for me. Thanks so much for reading and have a great week!
Posted by donna at 8:05 PM