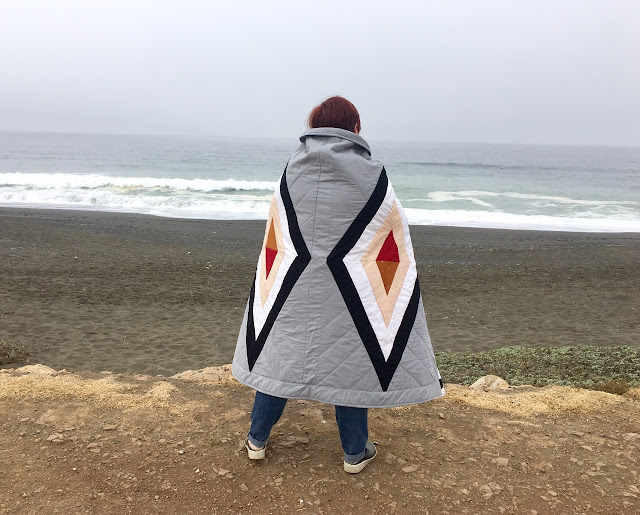 Hey there, hope you're doing well. Ever since I sorted through my scraps, I've been more focused on scrapbusting than ever. As a result and as you've no doubt surmised, I made a quilt to abate my scraptastic situation.

In looking for quilting projects, I discovered a whole world of beautiful, modern, minimalist quilting on (where else?) Instagram. I've become a bit obsessed, checking out dozens of books from the library and trying to learn everything I can. 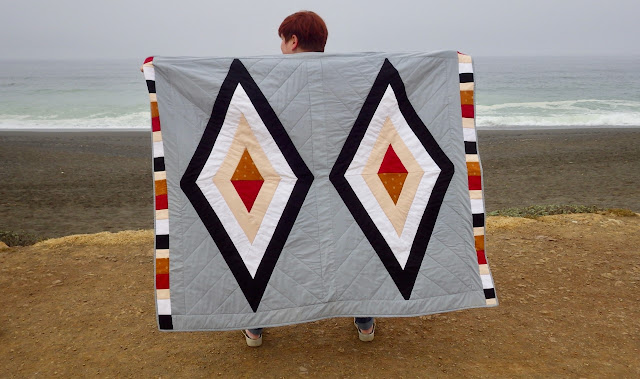 I wanted to start with something simple, so I found a pattern in one of the books I'd checked out—Brave New Quilts, by Kathreen Ricketson—based on four triangle blocks. I ended up inverting two of the triangles and added a border of strip piecing on either side for added interest. I like the look of strip piecing, and it's an easy technique for beginners. There was some weird distortion when I added the pieces on either side of the triangles, perhaps due to the fabric stretching out on the bias. Other than that, my only problem was wrestling the quilt through the neck of my sewing machine for the actual quilting. I sewed it up on my new/used Pfaff because of its built-in walking foot. 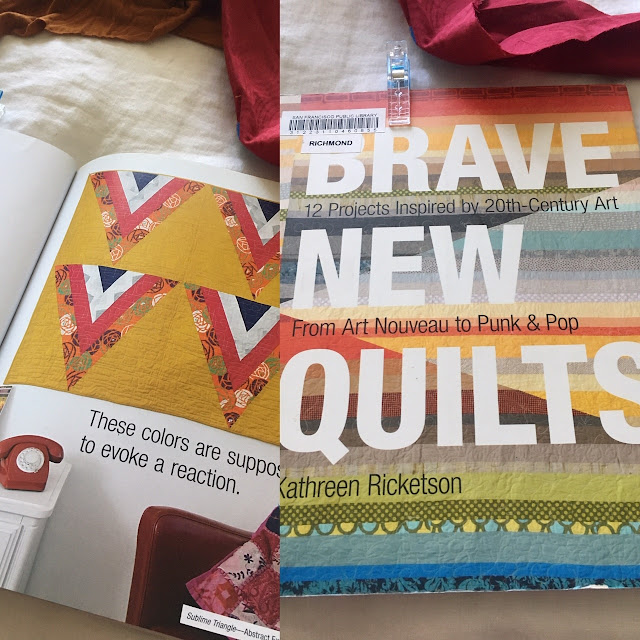 For all its imperfections, I'm proud to say my little quilt is made entirely from scraps and repurposed fabric. (Pats self on back for being environmentally conscious while entirely diregarding the fact that so much fabric was amassed in the first place.) Rather than traditional quilting cottons, my throw is made up of linen, cotton, a bed sheet (that's the grayish-blue background, quilt back, and binding), and even some printed gauze off an old blouse from Target.

It's going to live on my bed for the next few months. Perfect timing, too, as the temperature is starting to drop.  That's it for now. Thanks for reading and have a great week! 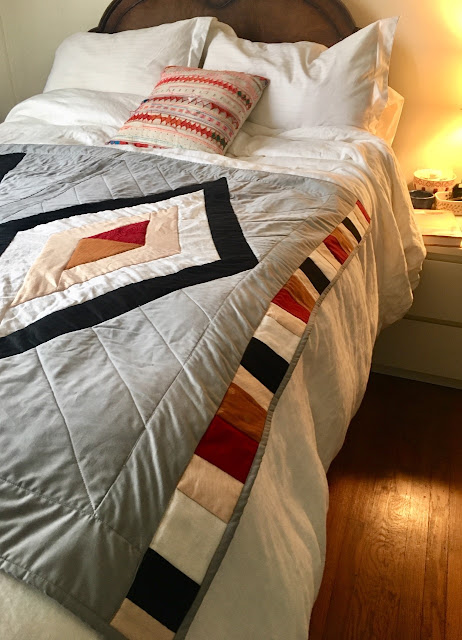