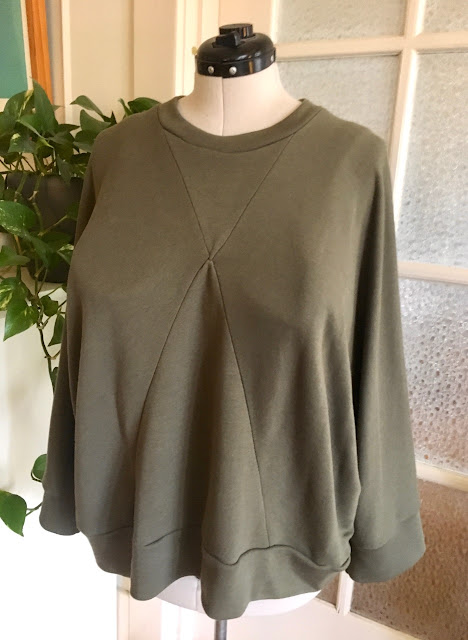 Hello, Lovely People! For many of us, it's sweatshirt season. Woohoo! Actually, it was the foggiest of foggy summers for me, so really it's always been sweatshirt weather, but now we're venturing into pumpkin spice season and cozy days ahead. In case I haven't made it obvious, I absolutely love this time of year. The light is beautiful; the days become breezy and a little crisp. I always try to savor this time before the holiday craziness begins.

Okay,  back to it. I'm here to post about the Papercut Pinnacle Top. They've recently released a separate Curve size range (Yay!) and it's available in PAPER, not just PDF.  Papercut Patterns remind me a bit of luxury makeup or perfume. Like, I feel like I sort of get taken in by the pretty packaging, but many of the patterns are pretty basic and the instructions are kind of sparse.

Overall, though, I really like my sweatshirt but it's VERY oversized and the sleeve cuffs are weirdly wide. More on that in a bit. 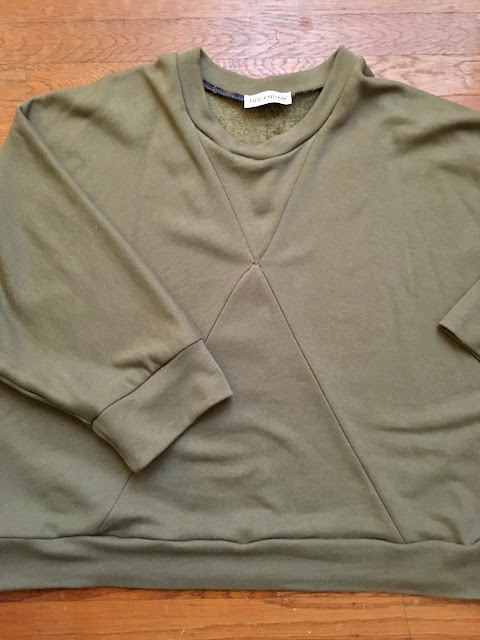 So let's start with the elephant in the room: that meeting point for the upper and lower triangles is difficult and I didn't execute it perfectly. I really tried--even used fusible bias on the edges so it didn't stretch out--but it still ended up puckering a bit. I kept picking and clipping and resewing but I finally had to leave it alone before I ended up making it worse. This is thick French terry, like a towel, so I readjusted my expectations. C'est la vie. 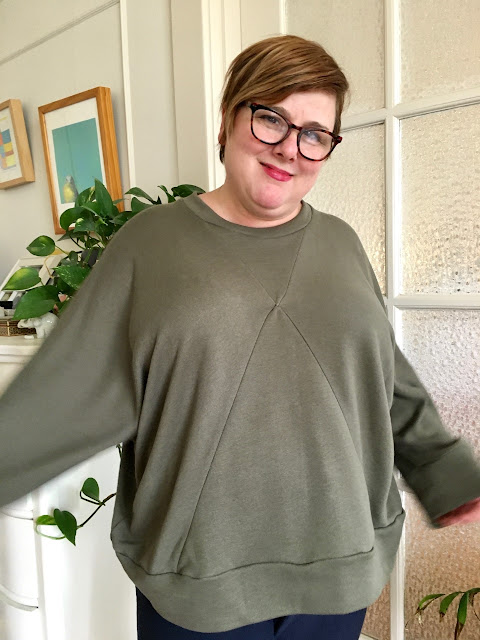 I actually don't mind how much it's oversized, but if you like your garments to be fit more closely, I would recommend sizing down. There are about 12 inches of ease here, which is a lot. Papercut patterns always seem to run big, IMO. 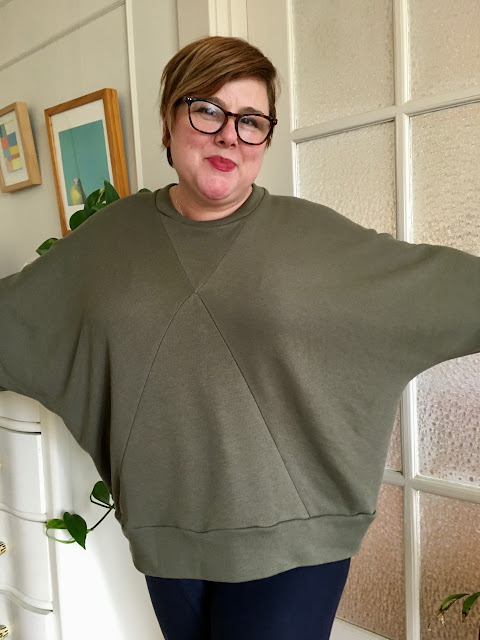 The bigger problem is those crazy cuffs, (see below) and I have no idea what happened because I don't have inordinately small wrists. I think I could easily fix it by tapering in the underside/batwing a bit, followed by an additional adjustment to the cuff. 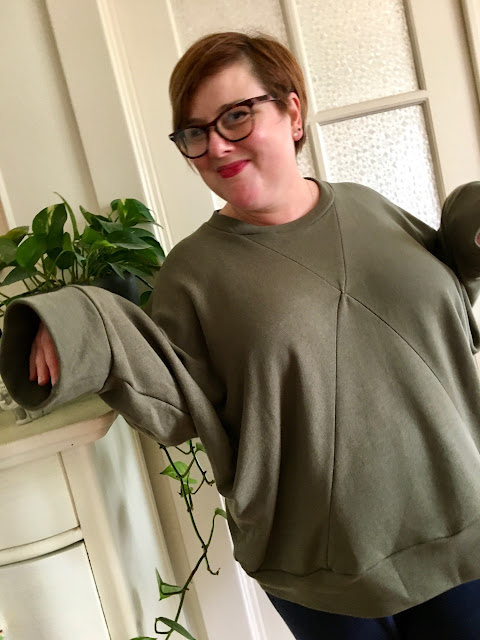 Here are my adjustments and additional notes:
The more I look at these pics, the more I think I'll bring the sides in a little. The pattern doesn't have shoulder seams, so it's really just one seam on either side which hopefully makes a difference. Either way, it's super cozy and I'll wear it a lot--particularly since I'm still working from home.
So that's all for me. I'm currently working on a quilt right now AND I've just joined a pottery studio. Lots of exciting making ahead. :) Thanks for reading!
Posted by donna at 6:03 PM